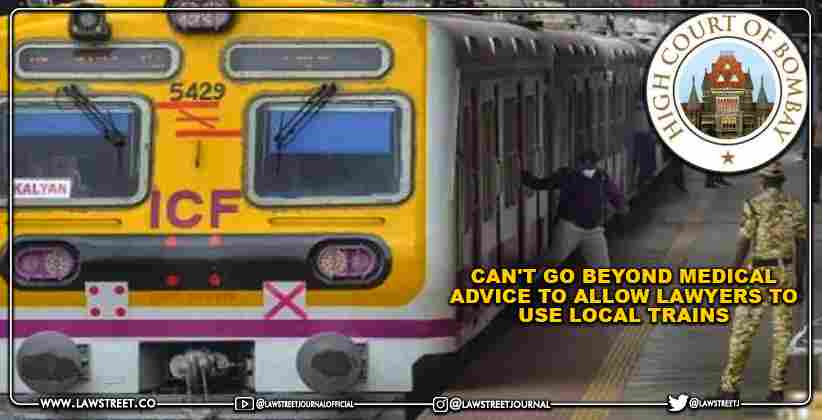 On Tuesday (July 13, 2021) , the Bombay High Court said that, while it was aware of the difficulties that lawyers in Mumbai face, it could not go beyond medical advice and allow them to use local train services to get to work.

However, a bench of Chief Justice Dipankar Datta and Justice G S Kulkarni directed the Maharashtra government to notify the court by July 16, 2021 of its decision on whether or not 60 registered judicial clerks of the high court could be permitted to use the trains, as the High Court  was currently only allowing physical filing of cases.

The HC was hearing a slew of public interest litigations (PIL's) requesting that lawyers be allowed to use local trains to get to and from court and their offices.

According to the bench, following its administrative committee meeting on July 1,2021, the HC requested that the state government make a decision on the permission for the judicial clerks. It had decided not to allow lawyers to use the trains until the state's COVID-19 situation improved further.

When the bench directed the state's counsel, Poornima Kantharia, to notify the court of the state's decision on Tuesday(July 13,2021), advocate Shyam Devani, counsel for one of the petitioners, reiterated that lawyers, too, were having difficulty commuting to work.

At this point, the bench stated, "Don't think we're unconcerned about the problems of lawyers. However, we are unable to go beyond medical advice."

"We are taking advice from the state's highest expert body, the Maharashtra COVID-19 task force," the court stated.