Sec 153A Cannot be Attracted by Merely Inciting Feelings of One Community Without Reference to Other Community: Karnataka HC [READ ORDER] 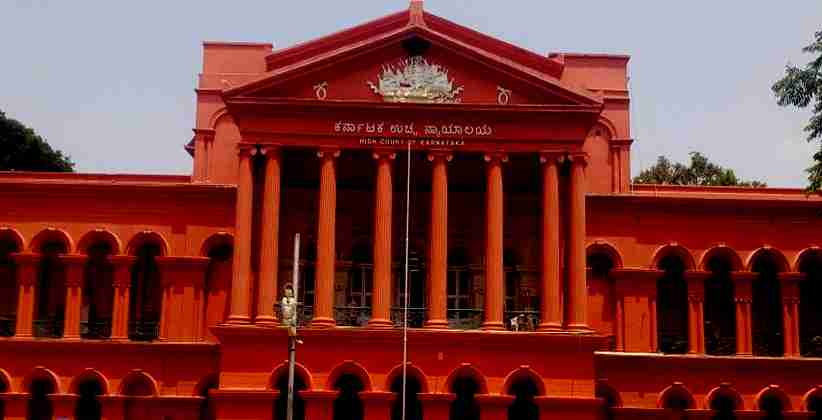 Judiciary Oct 12, 2020 VANDANA KOTHARI ( Editor: Ekta Joshi ) 2 Shares
2 Shares
An FIR was lodged under section 341 ( Punishment for wrongful restraint), 504 ( Intentional insult with intent to provoke breach of peace), 506 (Punishment for Criminal Intimidation),153A (Promoting enmity between different groups on grounds of religion, race, place of birth, residence, language, etc, and doing acts prejudicial to maintenance of harmony) r/w 149 (Every member of unlawful assembly guilty of the offence committed in prosecution of common object) of IPC against seven Muslim men. The FIR was registered on the basis of a complaint. The complaint stated that on 17.02.2010, at about 3.20 p.m., while the complainant was standing by the side of the road to cross the road, around 200-250 people came in procession and threatened the people not to cross the road and thereafter abused the complainant in vulgar language and threatened him that if headed to cross the road, he will not reach home. It is further alleged therein that the mob was behaving in such a manner that by their Unit march, the Hindus should get frightened and on seeing the Muslims, they should flee from the village.

To quash this FIR a petition was filed under section 482 C.r.P.C (Saving of inherent powers of High Court) in Karnataka High Court. Learned counsel for the petitioner while seeking to quash the FIR relied upon the case of BILAL AHMED KALOO v. STATE OF A.P., AIR 1997 SC 3483, MANZAR SAYEED KHAN v. STATE OF MAHARASHTRA AND ANOTHER, (2007) 5 SCC 1 and alleged that the allegations made in the petition even if accepted on their face value do not constitute the ingredients of any of the offences alleged in the FIR. There are no allegations in the complaint that the petitioners had acted with an intention to promote a feeling of ill-will and hatred between religions and communities, rather, the allegations made in the complaint go to show that it was the imagination of the complainant that the mob was behaving in a manner to create panic and hatred among Hindu groups. This allegation does not satisfy the ingredients of Section 153A IPC and therefore, the initiation of criminal action against the petitioners being wholly illegal and baseless and an abuse of process of the court is liable to be quashed.   Learned HCGP appearing for respondent No.1-State referring to the allegations found in the complaint submitted that the utterances directed at the complainant are sufficient to