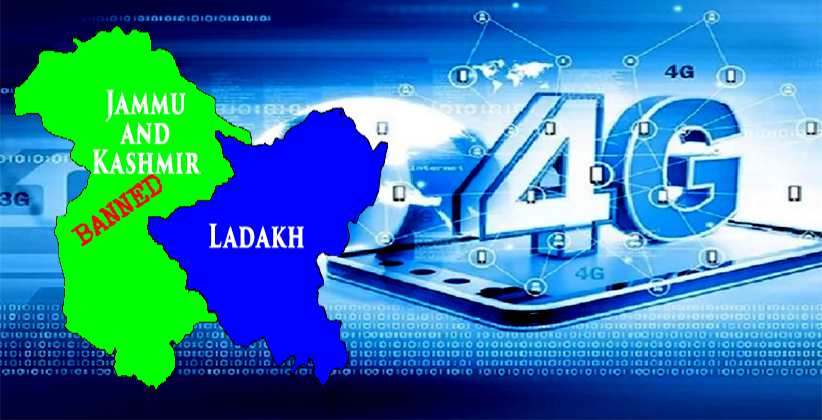 Judiciary May 12, 2020 Parth Thummar ( Editor: Ekta Joshi ) 5 Shares
5 Shares
The Bench of Justices NV Ramana, Subhash Reddy, and BR Gavai on May 10, 2020, directed to set up a committee headed by the Secretary to look into the ban on 4G internet service in the Union Territory of Jammu and Kashmir and issues raised by petitioners before the Supreme Court in the matter of Foundation for Media Professionals and Ors. v. Union Territory of Jammu and Kashmir and Anr.

At the outset, the SC had made it clear that the matter before them entrusted the Court with the task to ensure the balance between national security and human rights reasonably and defensibly.  Three petitioners - Foundation for Media Professionals, Soayib Qureshi, Private Schools Association of J & K had approached the Supreme Court to seek 4G internet connection arguing that in the existing COVID-19 lockdown, where there is a national lockdown, restrictions imposed by the respondents have affected their right to health, educations, business and freedom of speech and expression.

The Attorney General of India had contended that the Courts should not venture into the issues to national security and decision on banning the internet should best be left to those “in charge of policymaking”. He had further argued that “the security of the nation should triumph against the fundamental rights of the citizens.” Before passing an order, the bench looked at the steps taken by the union territory of Jammu and Kashmir post the landmark judgment of Anuradha Bhasin v. Union of India ((2020) SCC Online SC 25) amid the current law and order situation for which the Court was apprised by the Solicitor General of India.  The bench also took note of the increased incidents of the militancy. The Court recognized the fact that during this time of the pandemic, it is desirable and convenient to have a high-speed internet connection, but the same has to be sacrificed when outside sources are trying to infiltrate the border to destabilize the unity and integrity of India.  In this regard, the Court took note of the fact elucidated in paragraph no 39 of Anuradha Bhasin case that modern terrorism is being propagated through the internet and by using technology in the following manner.  “Modern terrorism heavily relies on the internet. Operations on the internet do not require substantial expenditure and are not traceable easily. The internet is being used to support fallacious proxy wars by raising money, recruiting, and spreading propaganda/ideologies. The prevalence of the internet provides an easy inroad to young impressionable minds.” Earlier in Anuradha Bhasin, the Supreme Court had directed that every order passed under the Rule 2(2) of the Telecom Suspension Rules restricting the internet is to be placed before a Review Committee, which will provide adequate procedural and substantive safeguards to ensure that the imposed restrictions are narrowly tailored.  But now as this matter has come to affect the whole nation, the SC realized that the committee of the state-level officers would not be competent and proceeded to form a three-member committee to look into the prevailing circumstances and immediately determine the necessity of the continuation of the restrictions in the Union Territory of Jammu and Kashmir. Following is the composition of the Committee: a. The Secretary, Ministry of Home Affairs (Home Secretary), Government of India.  b. The Secretary, Department of Communications, Ministry of Communications, Government of India.  c. The Chief Secretary, Union Territory of Jammu and Kashmir. The bench had reserved its verdict on May 04, 2020. Senior Advocate Huzefa Ahmadi had representedFoundation for Media Professionals. WhileSenior Advocate Salman Khurshid had represented Private Schools Association, Jammu, and Kashmir. Advocate Soayib Qureshi was appearing as a petitioner-in-person.    [Read Order]