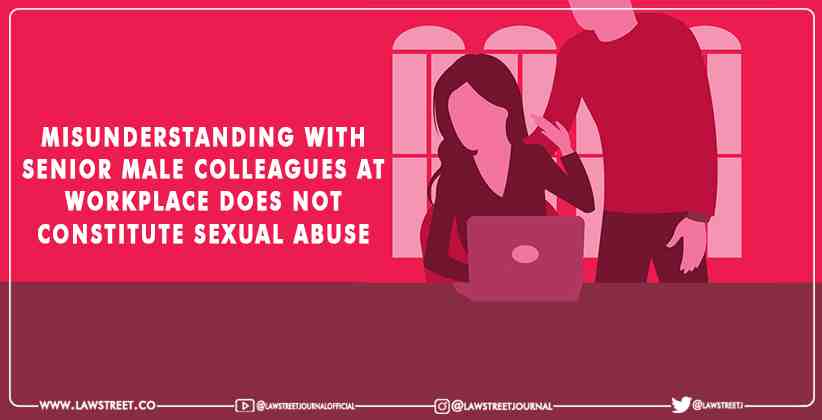 On Wednesday, 25th August, 2021 the Madras High Court passed an order that disagreements, misunderstandings with a male colleague would not constitute sexual abuse, by setting aside a Tamil Nadu Women Commission order directing Loyola College Society to pay Rupees 64.3 Lakhs to a female employee who had filed a case of sexual harassment against a former principal.

Justice N. Satish Kumar stated that no case of harassment has been made as under the provisions of the Section 3 of the Sexual Harassment Of Women At workplace Act, 2013.

The court observed that the case of sexual harassment had been filed after more than one and a half years from the date of the incident of harassment.

In this case, the petitioner had been appointed as an administrator in the Loyola development office and the Alumni Association in 2010.  She served five years in that position by earning 30,000 rupees a month. Subsequently she had been appointed as secretary. However, her work was stopped on September 2014, and she was offered a sum of rupees 50,000 but she had rejected that offer.

In 2016, she had moved a writ petition in the High Court against a former principal the director of Alumni Association for sexual harassment. While the case was pending, she had approached the Commission in December and obtained an order for payment of compensation.

The court noted that in the first email sent by the petitioner dated August 21, 2013, to the respondent authorities there was no whisper whatsoever made with regard to any sexual harassment.

“On entire allegations found in this letter there is no allegation with regard to sexual harassment whatsoever,” it noted.

The court further stated that no complaint of sexual abuse had ever been created directly to the administration of the college.

The court held that personal feud between the petitioner and the accused would not constitute sexual harassment.

“This Court is at loss to understand how the commission has passed such order without proper enquiry and without evidence in this regard. Such conclusion was arrived on the basis of representation made by the writ Petitioner”, it added.