MLAs' Spouses, Relatives 'Not Indispensable' for Swearing-In, Presence not a Necessity Though it is a Proud Moment: Kerala High Court [READ JUDGMENT] 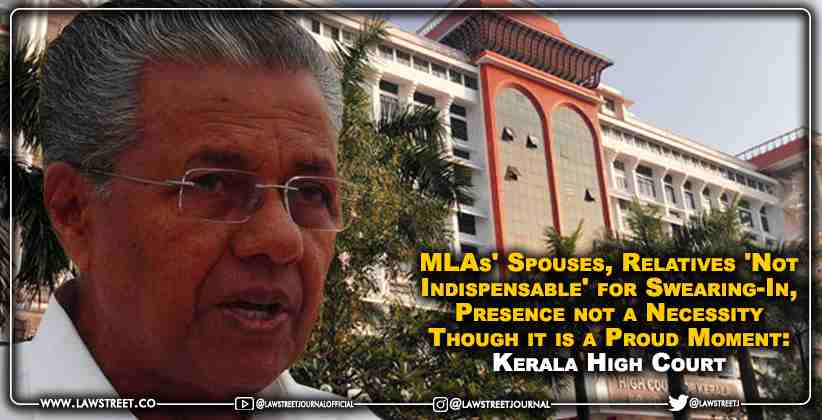 A PIL was filed challenging the Kerala Governments decision of organising a 500 people attendance for the swearing-in ceremony, the court asked the government just ask the primary question, if all the invitees were really needed to be present for the swearing-in ceremony. Chief Justice S Manikumar and Shaji P Chaly were in the bench for the hearing of the petition and giving the decision for further actions.

The court made the view clear by saying that it was on the political parties to decide who should be required for the swearing-in ceremony and the presence of the relatives and spouse is not that necessary keeping in the mind the Covid hike in the State.

The Court further said that, they are unable to understand as to why the relatives and spouses are required to attend to swearing-in ceremony and the they are just for witnessing. And the court is of the view that considering the high surge and positive rates in the states as well as the high death rate, people should not be included in the ceremony and only important parties should be present.

The court even stated that, considering the situation we are in, it is not necessary for even the spouse of the MLAs to attend the ceremony and it will still be a proud moment for the relatives and spouse of the respective minister. The court refused the submission of State Attorney’s writ petition saying that it was “politically motivated” and “public interest was involved”.

Restrictions imposed by the Court:

For the consideration of State Government: 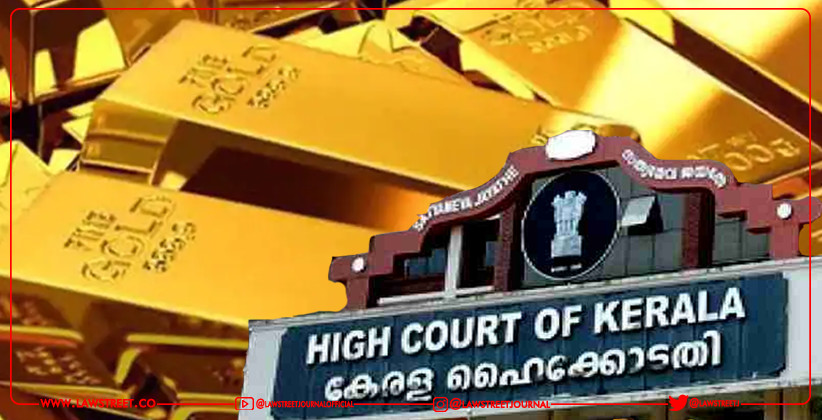 Crime, Police And Law Mar 24, 2021 Aditi Aggarwal ( Editor: Ekta Joshi ) 2 Shares
2 Shares
The Enforcement Directorate(ED) has moved the Kerala High Court against the State Police's FIR filed against the agency on Tuesday. The bench was headed by Justice VG Arun.  The Kerala Police lodged a First Information Report (FIR) against the Enforcement Directorate alleging that officers of the agency coerced key accused in the gold smuggling and dollar smuggling cases to implicate the Chief Minister and others. Aggrieved, ED filed a writ petition through mns Nayar &...
Read full post 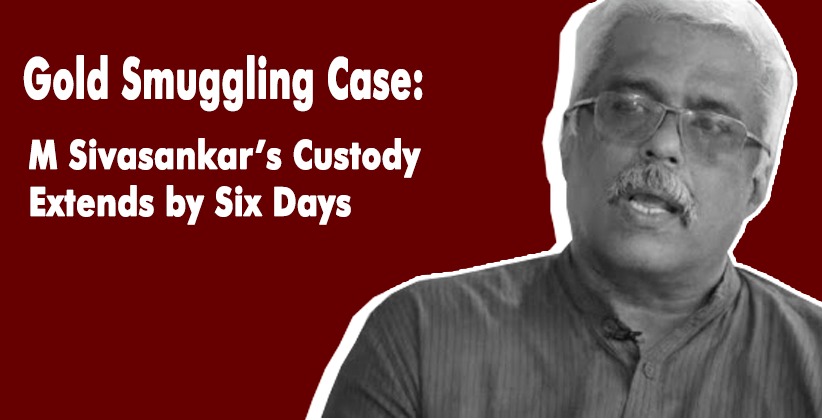