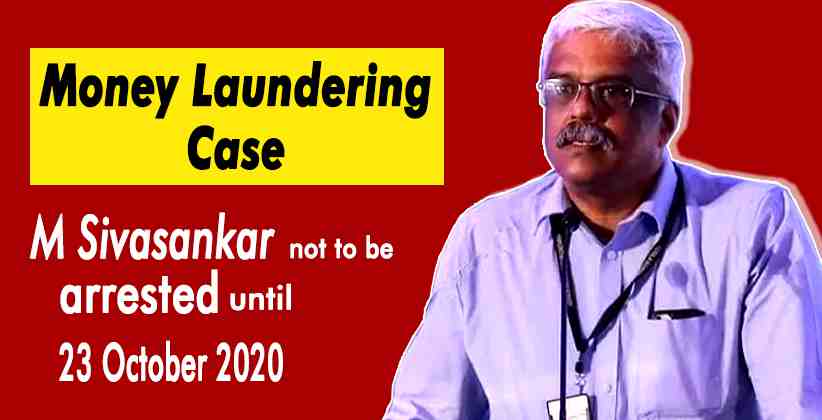 The Kerala High Court on Thursday (October 15, 2020) directed the Enforcement Directorate not to arrest M Sivasankar, former Principal Secretary to the Chief Minister, till October 23 in a money laundering case. The case was registered by the ED in connection with the abuse of diplomatic channels to smuggle gold.

On a petition filed by the IAS officer requesting anticipatory bail, the court passed the interim directive. SV Raju, Additional Solicitor General of India, who appeared on behalf of the ED, said that Sivasankar had not been involved in the case to date. His fear of an ED arrest was, in fact, ill-founded. This was a significant case involving the smuggling of gold worth a large sum and it was not possible to rule out the involvement of powerful persons in the case.

Sivasankar 's attorney stated that the ED had sent him a notice directing him to produce a photo of the passport and a copy of the Aadhar card in person or via an approved person on October 14, which he did. Subsequently, the ED gave him another notice warning him that failure to appear before the inquiry would be viewed as non-cooperation. The prosecutor argued that the department had unnecessarily threatened the complainant. The petitioner was willing to cooperate with the investigation and he did not have any intention to flee from the clutches of law.

In response to the anticipatory bail petition, the court also directed the ED to file a detailed affidavit, posting the case on October 23.

In the bail petition, Sivasankar claimed that in connection with the smuggling case, the ED had filed a charge sheet before a special court under the Prevention of Money Laundering Act, leveling groundless allegations against him.

Although the petitioner was questioned by various agencies for more than 90 hours, no incriminating evidence could be obtained by them to implicate him in the case.

The petitioner added that he held the main government post and had the ability to contact the Consulate General in relation to his duties. Although working as secretary to the UAE Consulate General, he had met an acquaintance with the prime defendant, Swapna Suresh. Indeed, the petitioner only became aware of Swapna and her friends' involvement in the gold smuggling case after the consignment had been confiscated by the Customs, he stated. 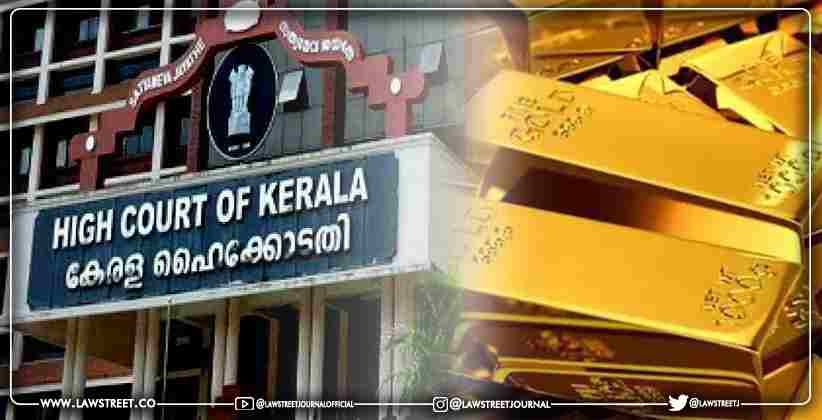 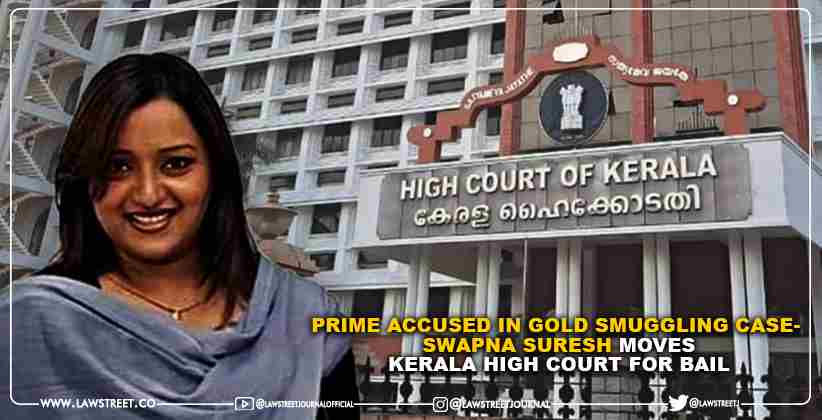 Crime, Police And Law Jul 08, 2021 Aishwarya Gairola ( Editor: Ekta Joshi ) 3 Shares
3 Shares
Swapna Suresh, the prime accused in the gold smuggling case, has approached the Kerala High Court for bail in the FIR registered against her by the National Investigation Agency for smuggling gold via diplomatic channels and for illegal smuggling of large quantities of gold from foreign countries.Swapna Suresh was taken into custody by the National investigation Agency after Customs Officials at the Trivandrum International Airport seized 30 kg of gold camouflaged in diplomatic baggage,...
Read full post