Home Judiciary Mother Entitled To Maternity Leave Of 26 Weeks For 3rd Child If She Doesn't Have Custody Of Other 2 Children : Madras High Court
Judiciary

Mother Entitled To Maternity Leave Of 26 Weeks For 3rd Child If She Doesn't Have Custody Of Other 2 Children : Madras High Court 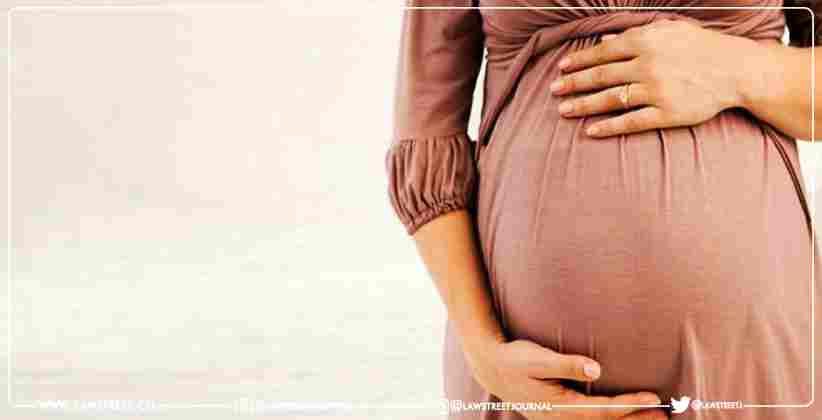 Terming the two children born out of the first wedlock cannot be treated as 'surviving' wards, as they are living with the estranged first husband, the Madras High Court on Friday, that is, 25th March 2022 directed the Tamil Nadu government to grant one-year maternity leave to a woman employee for her third child from the second marriage.

Justice V Parthiban gave the ruling while allowing a writ petition filed by one K Umadevi, who sought to quash an order of the Chief Educational Officer, Dharmapuri district dated August 28, 2021, and direct the authorities concerned to sanction maternity leave from October 11, 2021, to October 10, 2022, with full pay and all attendant benefits.

Umadevi got married to one A Suresh in 2006 and two children were born to them but the pair divorced in 2017. However, she married M Rajkumar the next year.

Granting the prayer, Justice Parthiban pointed out that a GO issued on June 20, 2018, which extended the benefit of the second delivery, even if a woman government servant had given birth to twins earlier "The government, therefore, recognized such extreme cases and the circumstances and this is one of the peculiar cases wherein as a fallout of divorce from the first marriage, the petitioner had to part with the custody of her two children born from the first wedlock. Therefore, in the entirety of the facts and circumstances of the case, it cannot be, today, said that the petitioner is having two surviving children at all."

"In these circumstances, purposive and meaningful reading of the provisions and its implementation is a constitutional obligation cast upon the authorities, considering the peculiar and singular facts and the circumstances of the case. The Court, therefore, holds that the petitioner is deemed to have not having two surviving children, inviting disqualification for claiming the maternity benefit", the judge said.

When it was brought to the knowledge of the judge that the State government had issued another order on August 2021 enhancing the maternity leave from 9 months (270 days) to 12 months (365 days), he recorded his appreciation.

The State government has studied the sensitivity towards motherhood and its deep understanding of the importance of wholesome rearing and fostering of a newborn child.

Maximizing the maternity benefit under the said GO is a reflection of the sublime concern of the government towards the well-being of its women employees, the court said.

The enhanced benefit under the said GO is protected in terms of Sec.27(2) of the Maternity Benefit Act, 1961, even though the Central Act is lagging behind on this aspect, the judge said.

"For all these reasons, this Court finds that the rejection of the petitioner's claim for grant of maternity benefits cannot be countenanced in law and therefore, the impugned proceedings passed by the CEO is hereby set aside," the judge said and directed the government to sanction maternity leave to the petitioner for the period claimed as admissible in terms of the August, 2021 GO, within two weeks.

The Delhi High Court Refuses To Quash An FIR Against A Canadian Citizen Who Had 50 Live Cartridges In His Flight Luggage”.