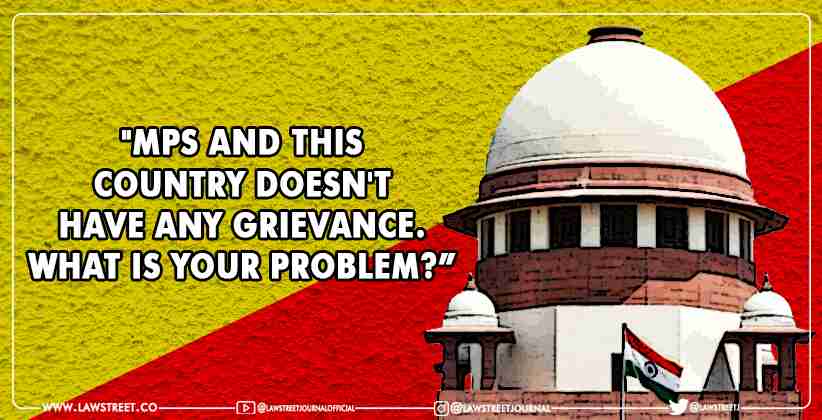 "MPs themselves & this country doesn't have any grievance.What is your problem?" SC dismisses plea against Centre suspending MPLAD scheme April last year for 2 years to use the funds for COVID fight. Petitioner Neelima Vartak,a lawyer had moved SC after Bombay HC dismissed her plea

MPLADs "In certain circumstances some changes can be made. HC has rightly dismissed the petition: CJI Ramana said. Under MP Local Area Development scheme, MPs can recommend development programmes involving spending of Rs 5 crore every year in their constituencies.

Bombay HC while dismissing Vartak's plea December last year said: “In the current unprecedented situation when the Union and state governments were trying their best to secure adequate healthcare for people, any opposition to such efforts must be "nipped in the bud".