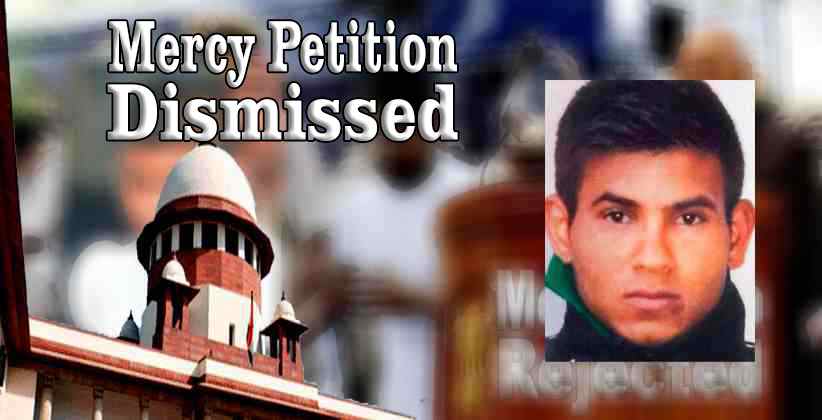 The plea seeking review on President’s order rejecting the mercy petition of Vinay Kumar Sharma, one of the convicts of in the Nirbhaya’s rape and murder case was dismissed by the bench consisting of three judges headed by Justice R. Bhanumati. The petition was filed under Article 32 of the Constitution of India, 1949 and the trial court in its judgment dated 10th September 2013 had convicted the petitioner and other co-accused in the case. The trial Court and Supreme Court mentioned detailed reasoning and accepted the incident as gruesome which fell into the category of rarest of the rare case. The Judgment delivered in Mukesh Kumar & Ors. v. State (NCT of Delhi) and others (2017) 6 SCC 1 confirmed the conviction, death sentence and dismissed the appeal preferred by the petitioners for relief. There were various judgments and by elaborate reasoning, the Apex Court held that there aren’t any extenuating or mitigating circumstances. The Bench had dismissed the petition in the open court which was heard in length on 9th July 2018 and the learned counsel appeared on behalf of the petitioner is Dr A.P Singh who challenged the rejection of mercy petition by the President of India contending that Lieutenant Governor, NCT of Delhi and Home Minister, NCT of Delhi haven’t signed the recommendation to reject the mercy plea of the petition.

The learned counsel approached the respondent’s offices like the President of India, Home Ministry, Lieutenant- Governor of NCT Delhi under the Right to Information Act, 2005 and requested for the documents concerning the rejection of mercy plea of the petitioner. There was the request made by the counsel for the petitioner as he was nineteen-years-old during the time of the incident and isn’t a habitual offender, hails from the lower class of the society. The Constitution Bench in Maru Ram v. Union of India and Others (1981) 1 SCC 107 and in Bikas Chatterjee (2004) 7 SCC 634, the Court shall keep in mind that where the power is vested in a very high authority, it must be presumed that the said authority would act carefully after an objective consideration of all the aspects of the matter. In the result, the bench didn’t find any ground to exercise judicial review of the order of the President of India in rejecting the petitioner’s mercy petition and the writ petition was accordingly dismissed.