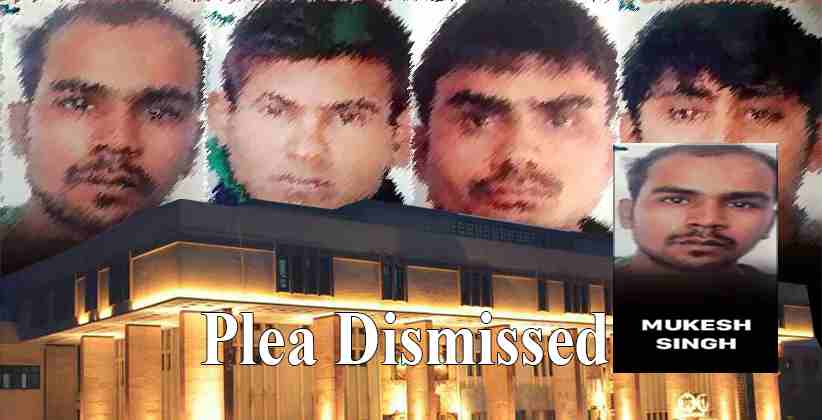 The High Court of Delhi today (January 15, 2020) has dismissed Nirbhaya Case convict Mukesh Kumar’s plea against death warrant. There is no error in the order of the Trial Court issuing the death warrant against the convicts. The Court however, gave liberty to convict to challenge its order in the Sessions Court.

Delhi High Court Advocate Rahul Mehra today (January 15, 2020) had contended before the Delhi High Court that Nirbhaya convicts cannot be hanged on 22 January, 2020 mercy petition pending before the President of India, Ram Nath Kovind. Execution of Death Sentence according to law can only be carried out 14 days after the dismissal of a mercy petition.

Article 72 of the Constitution of India, 1949grants special powers of pardoning of death sentence to the President of India. The Supreme Court in the case of Shatrughan Chauhan v. Union of India Writ Petition (Criminal) No. 55 of 2013, had directed all prison authorities to provide a gap of 2 weeks between the intimation of dismissal of mercy petition and the actual execution of the death row convict. Additionally, the Supreme Court had stated in the case that the order of the President on the mercy petition is subject to judicial review as well.

Allahabad HC To UP Government: Give Report On Acid Sale Regulation