'Officials in charge of noise pollution have miserably failed in their duties': Allahabad High Court 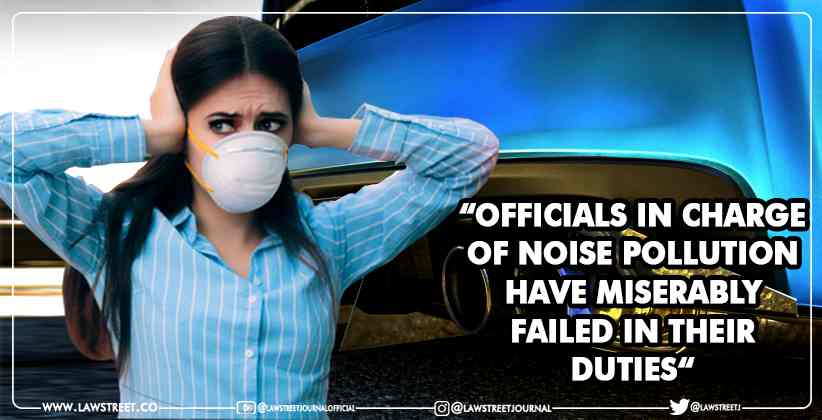 On September 22, 2021, the Allahabad High Court bench comprised of Justices Abdul Moina and Ritu Raj Awasthi while hearing a Public Interest Litigation regarding the steps taken by the authorities in controlling noise pollution observed that the Government officials had despondently miscarried their duty to regulate noise pollution and to crack down on such vehicles causing noise pollution through the modified silencer, hooters, and pressure horns.

During the hearing, the Court read the affidavits of the Additional Chief Secretary (Home) and the Director General of Police, Uttar Pradesh, and described them as "mere eyewash" because the authorities did not indicate any concrete steps taken in response to the Court's cognizance.

CONTENTION OF THE PARTIES:

After hearing the counsels, the court was of the opinion that all of the officials who had been impleaded in the current P.I.L for controlling noise pollution and cracking down on such vehicles causing noise pollution through modified silencers, hooters, and pressure horns had miserably failed in their duty and that no concrete action had been taken in this regard, and thus should be summoned in person.

The respondents were also asked to consider the Amicus Curie's recommendations and respond.

Pandora Papers: 'Financial secrets' of 380 elite Indians revealed; here's all you need to know about it