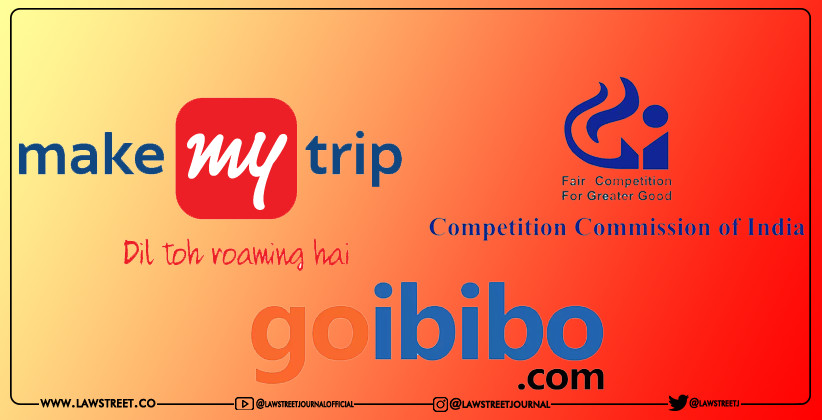 On Tuesday (March 9, 2021) an interim order was passed by the Competition Commission of India that directed Make My Trip and Go Ibibo to allow FabHotels and Treebo to be listed on their online portal. This decision was taking after observing the fact such delisting ultimately affects the competition along with denying access to the significant channels of distribution.

The Competition Commission of India said:

The Commission is of the view that denial of access to a dominant online intermediation can be lethal to the functioning of businesses who rely on such intermediaries to reach the end-consumers."

"It is in the interest of free market and trade that injunctive orders are called for in this matter and the Commission finds it a fit case to exercise its discretion to allow interim relief in the matter, till further orders. The Commission notes that FabHotels and Treebo have primarily prayed for a relisting on the MMT-Go portals for attaining visibility. Accordingly, MMT-Go is directed to allow FabHotels and Treebo to be listed on its online portals.”

The interim order was passed by the CCI bench which comprised of Chairperson Ashok Kumar Gupta, Bhagwant Singh Bishnoi and Sangeeta Verma.

The order was passed when an application was filed by FabHotels and Treebo under Sec 33 of the Competition Act, 2002. They alleged that a confidential commercial agreement was formed between Make My Trip and OYO. As per the said agreement, Make My Trip was supposed to give preferential treatment to OYO on its platform, which led to “denial of market access to them.” This further led to the contravention of Sec 3(4) and 4 of the Act.

Following, an investigation was directed by CCI as per an order dated October 28, 2019. It was found out that the alleged commercial agreement had been formed which was prima facie in contravention to the Competition Act, 2002.

Observations of the CCI

While dealing with the present matter, CCI referred to the judgement of Competition Commission of India vs. Steel Authority of India Ltd. At referring this case, CCI noticed that acts in contravention to provisions on the Act are committed and are continuing to be committed.

“Specifically, in the facts of the present case, the act being complained of is the termination of listing arrangement which FabHotel and Treebo had with MMT-Go pursuant to the OYO Agreement. The Commission is prima facie satisfied, to a level of satisfaction as envisaged by SAIL judgment and which satisfaction has already been recorded in clear terms supra, that such act/conduct was committed and that it continues to be committed."

After observing the facts and circumstances of the case, the Commission observed that the balance of convenience lies in the favour of FabHotels and Treebo. It held:

"The Commission, at the outset observes that MMT-Go is a dominant platform, and as alleged a gateway for online hotel booking, which constitutes an important access route for independent hotels to reach the end-consumers. While the non-accessibility may significantly hamper the online visibility of the claimants i.e. FabHotels and Treebo but more importantly of the associated budget hotels that avail of the franchise services of FabHotels and Treebo, providing such access does not seem to cause any significant comparative hardship to MMT-Go as such."

The Bench also went on to observe the following:

The Bench also noted the fact delisting FabHotels and Treebo of course affected their growth adversely which was further worsened by the COVID-19 pandemic.

Lastly, it noted. “With the change in consumer preferences to online booking of hotels, it has become critical, more than ever before, for the budget hotels and those as franchisee service providers to get visibility on OTAs to effectively survive. Thus, lack of access to the largest and dominant OTA is likely to cause severe competitive injury particularly in the wake of the pandemic," the CCI observed.

Competition Commission of IndiaMake My Trip