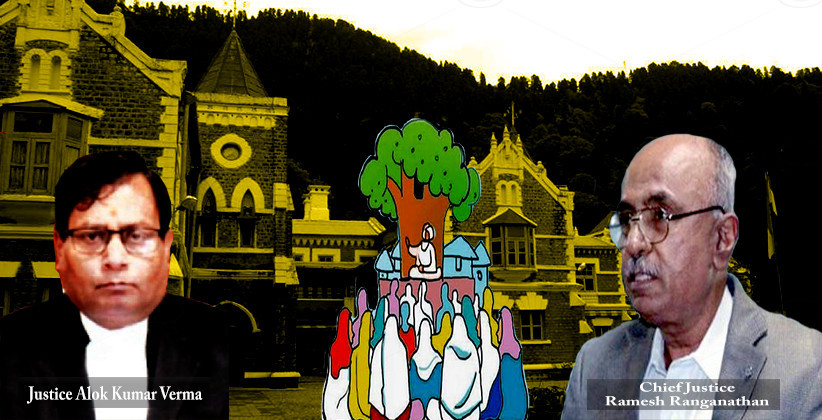 Judiciary Sep 23, 2019 Lawstreet News Network 3 Shares
3 Shares
The Uttarakhand High Court on September 19, 2019, in the case of Pinki Devi v. State of Uttarakhand and others has read down Section 8(1)(r) of the Uttarakhand Panchayati Raj (Amendment) Act, 2019, and declared that a person contesting Panchayati Raj elections will be disqualified only if he/she has a third child after 25.07.2019.

A Division Bench comprising of Chief Justice Ramesh Ranganathan and Justice Alok Kumar Verma was hearing a batch of petitions wherein the constitutional validity of Section 8(1)(r) of the Uttarakhand Panchayati Raj (Amendment) Act, 2019, as notified on 25.07.2019, was challenged. Section 8(1)(r), as inserted by the 2019 Act, stipulates that a person shall be disqualified for being appointed, and for being a Pradhan, Up-Pradhan and a member of the Gram Panchayat, if he has more than two living children.

Learned Counsel, appearing for the petitioners submitted before the court that the 2019 Act does not prescribe any cut-off date after which alone would this disincentive, for having more than two children, come into force; and failure to prescribe a cut-off date, after which alone would this two living children norm apply, renders the provision unreasonable, irrational and manifestly arbitrary. It was submitted that applying the said provision prospectively, and stipulating that it shall apply only to persons who give birth to a third child or more after the 2019 Act was brought into force on 25.07.2019, would save the provision from unconstitutionality. Agreeing to the submission made, the court said that “In order to sustain Section 8(1)(r), an appropriate reading down of the said provision to save it from the vice of unreasonableness and arbitrariness should be resorted to. If it is not so read down, then Section 8(1)(r) would obviously fail on the touchstone of reasonableness, and would become void and inoperative.” The court, therefore, read down Section 8(1)(r) and declared that the disqualification from contesting elections to Panchayati Raj Institution, in terms of the said provision, would apply only to cases where persons, having two children or more, have a third child or more after 25.07.2019. The said provision shall not be understood as disqualifying those who already have three or more children before 25.07.2019, the court said. Stipulation Not Anti Minoritarian In the case, the petitioners raised a contention that the stipulation is anti-minoritarian as it violates the fundamental rights of procreation of minorities. The argument was that the law permits a Muslim male to have more than one wife, and even if he has one child through each wife he would still violate the onerous prescription of not having more than two living children; and this is also in violation of the right of a Muslim woman to have at least one child. The Bench referred to the Supreme Court judgment in Javed v. State of Haryana and observed: “The absence of a uniform civil code notwithstanding, Section 8(1)(r) is applicable to people of all religious faiths, and is not anti-minoritarian. It does not also violate the fundamental rights of religious minorities enshrined under Article 25 of the Constitution of India.” Reiterating the observations made in Javed, the Bench observed: “With respect to the contention that the personal law of Muslims permits performance of marriages with four women, obviously for the purpose of procreating children and any restriction thereon would be violative of the right to freedom of religion enshrined in Article 25 of the Constitution, the Supreme Court, in Javed and Others[4], opined that it may be permissible for Muslims to enter into four marriages with four women, and for anyone whether a Muslim or belonging to any other community or religion to procreate as many children as he likes, but no religion in India dictates or mandates as an obligation to enter into bigamy or polygamy or to have children more than one; what is permitted or not prohibited by a religion does not become a religious practice or a positive tenet of a religion; a practice does not acquire the sanction of religion simply because it is permitted; the freedom under Article 25 is subject to public order, morality and health; the Article itself permits legislation in the interest of social welfare and reform which are obviously part and parcel of public order, national morality and the collective health of the nation's people; Muslim law permits marrying four women; the personal law nowhere mandates or dictates it as a duty to perform four marriages; no religious scripture or authority provides that marrying less than four women, or abstaining from procreating a child from each and every wife in case of permitted bigamy or polygamy, would be irreligious or offensive to the dictates of the religion; assuming the practice of having more wives than one, or procreating more children than one, is a practice followed by any community or group of people, the same can be regulated or prohibited by legislation in the interest of public order, morality and health or by any law providing for social welfare and reform which the impugned legislation clearly does; and a statutory provision casting disqualification on contesting for, or holding, an elective office is not violative of Article 25 of the Constitution." Possibility of a person having twins from a second pregnancy would not render stipulation unconstitutional Another contention raised by the petitioners was that this stipulation would apply harshly to those who have twins in the second pregnancy, for the birth of a single child or twins, during the second pregnancy, is an act of God. Regarding this, the Bench observed that exceptional situation cannot form the basis of declaring a law ultra vires Article 14 of the Constitution of India. The possibility of a person having twins from a second pregnancy would not, therefore, justify striking down the classification as violative of Article 14 of the Constitution. [Read Judgment] 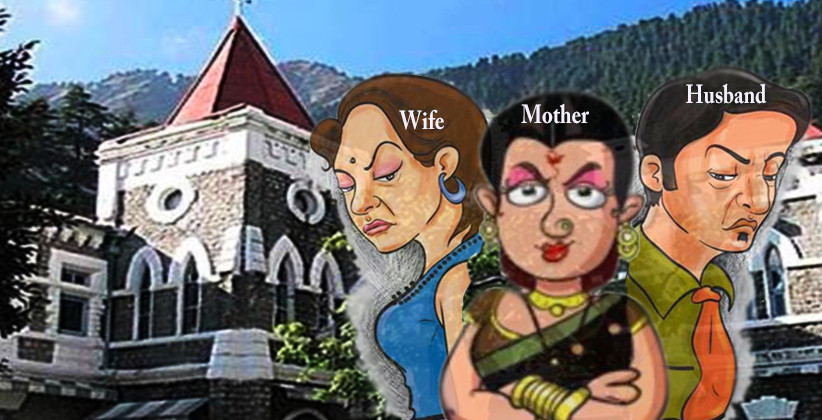 Judiciary May 24, 2019 Editor : Shreya Bansal 4 Shares
4 Shares
The Uttarakhand High Court on May 23, 2019, in the case of Sheenu Mahendru v. Sangeeta @ Soniya has observed that persistent efforts of a wife to compel her husband to get separated from his mother constitute an act of cruelty.A Division Bench comprising of Justice Sudhanshu Dhulia and Justice R.C. Khulbe made the above observation while hearing an appeal filed by the appellant/husband against the impugned judgment passed by the Family Court, Haridwar whereby the petition filed by the husband...
Read full post 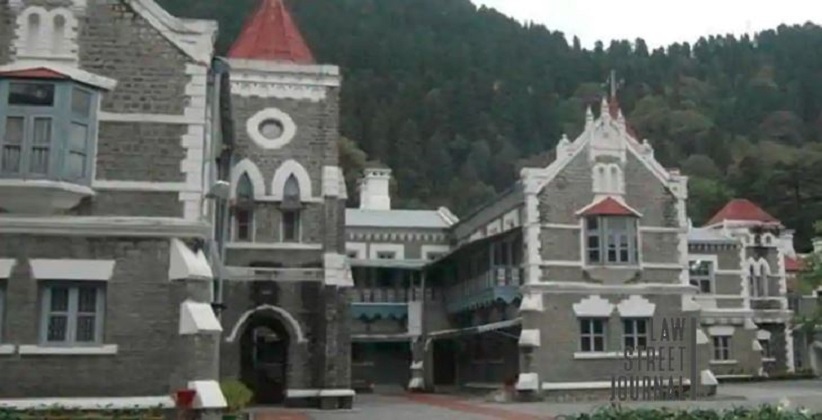