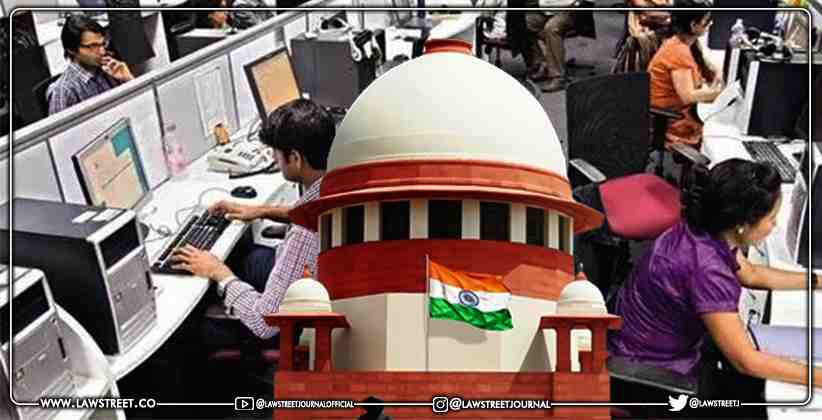 The Supreme Court  on October 7, 2021 noted that part-time employees are not entitled to seek regularisation as they are not working against any sanctioned post.

"Part-time temporary employees in a government-run institution cannot claim parity in salary with regular employees of the government on the principle of equal pay for equal work," a bench of Justices M R Shah and A S Bopanna said.

The top court was hearing an appeal filed by the Centre challenging an order of Punjab and Haryana High Court which had modified an order passed by the Central Administrative Tribunal.

The tribunal had directed the Centre to re-examine the whole issue, complete the exercise to reformulate their regularisation/absorption policy, and take a decision to sanction the posts in a phased manner.

The top court said that the High Court, in the exercise of the powers under Article 226 of the Constitution, cannot direct the government and/or its department to formulate a particular regularisation policy.

"The High Court cannot, in the exercise of the power under Article 226, issue a Mandamus to direct the Department to sanction and create the posts. The High Court, in the exercise of the powers under Article 226 of the Constitution, also cannot direct the Government and/or the Department to formulate a particular regularisation policy, the bench said.

The bench also noted that the regularisation policy to regularise the services of the employees working on the temporary status and/or casual labourers is a policy decision and in judicial review, the Court cannot issue Mandamus and/or issue mandatory directions to do so.