'Permission Of The Appropriate Consumer Forum Is Required For Filing A Complaint On Behalf Of Numerous Consumers': Supreme Court 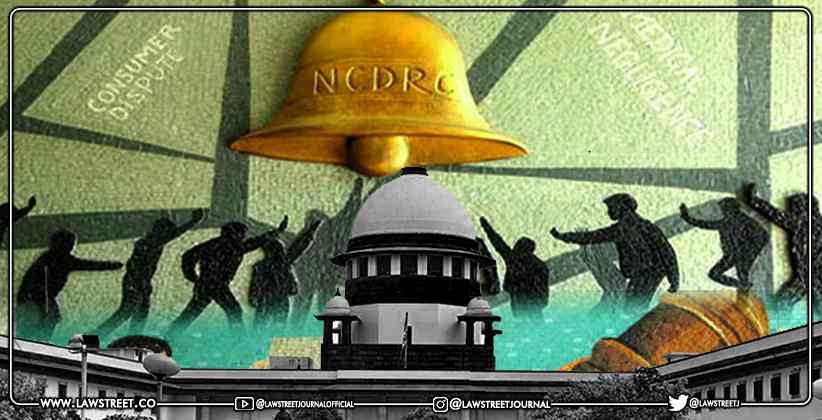 The Supreme Court has recently held that the consumer forum under whose jurisdiction the case falls has to provide permission to one or two consumers, having the same interest to file a consumer complaint.

CONTENTIONS OF THE APPELLANT

The appellant held that the commission, as per Section 2(1) (b) of the  Consumer Protection Act, 1986, could not have been entertained by the  National Consumer Dispute Resolution Commission( NDRC).

The section defines the word “complainant” as a consumer, any voluntary consumer association registered under the Companies Act, 1956 (1 of 1956) or under any other law for the time being in force; or the Central Government or any State Government; or one or more consumers, where there are numerous consumers having the same interest; or  in case of death of a consumer, his legal heir or representative;] who or which makes a complaint.

Since the respondent does not fall under any of the criteria, therefore, the appeal is not maintainable.

CONTENTIONS OF THE RESPONDENT

The respondent contended that the appeal was maintainable as it falls under the sub-section (iv) of Section 2(1)(b) of the Consumer Protection Act, which states that the complainant is defined as one or more consumers, where there are numerous consumers having the same interest.

Therefore, the appeal is maintainable.

JUDGEMENT OF THE COURT

The bench of the Court consisting of Justices Hemant Gupta and V. Ramasubramanian held that since the complaint was not maintainable as the appellant was neither a voluntary consumer association nor a registered body, nor the permission of the appropriate forum had been obtained by the court and therefore the  National Consumer Dispute Resolution Commission (NDRC) could not entertain the issue in this case.

The appellant was ordered by the  National Consumer Dispute Resolution Commission to pay a certain cheque signed by him along with 9% of interest p.a.

It was held by the Court that the respondent is a sole proprietorship consultancy belonging to MR. I.J.Aneja, cannot depend on his employees to pay for the consultancy. The employees do not have any liability involved in this consultancy due to which they are not required to pay any amount to the consultancy under the order of the National Consumer Dispute Resolution Commission (NDRC).

Furthermore, the complaint was not maintainable in the National Commission Dispute Redressal Commission (NDRC) from the beginning of the order.

The appeal made by the appellants was allowed and the impugned order passed by the NDRC was set aside, dismissing the complaint.

NCDRC clarifies Education, including Co-curricular, does not fall under Consumer Protection Act, 1986 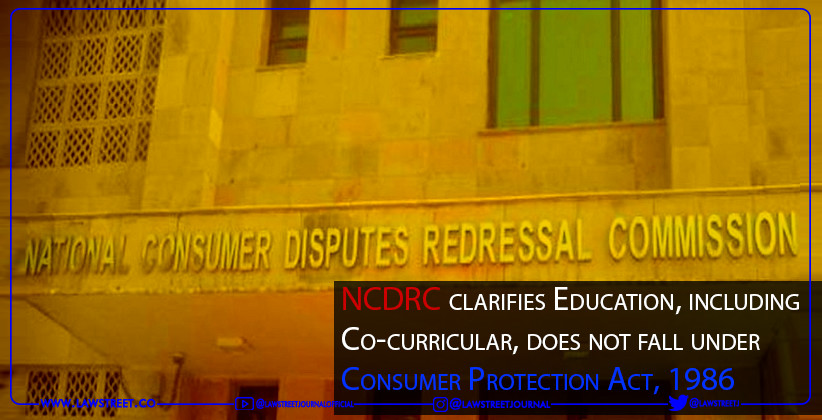 Judiciary Feb 26, 2021 Namya Bose ( Editor: Ekta Joshi ) 1 Shares
1 Share
The National Consumer Disputes Redressal Commission (NCDRC) has declared that “a complaint against an educational institution not maintainable before the consumer forum.” The NCDRC after careful observation of the Consumer Protection Act, 1986 and its usage of the word ‘service’, clarified that educational institutions ,including their co-curricular activities for example swimming, does not fall under the ambit of the act. The decision was given with regard to...
Read full post 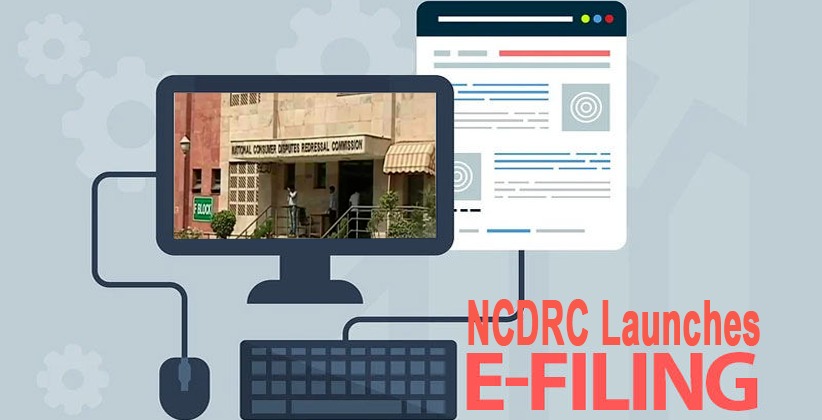 Judiciary Sep 08, 2020 Lakshya Tewari ( Editor: Ekta Joshi ) 16 Shares
16 Shares
The National Consumer Disputes Redressal Commission starts an e-filing system for complaints from September 7, 2020. According to the Notification from the NCDRC, the electronic filing of the consumer cases will be done through an online portal- https://edaakhik.nic.in. The Portal was launched by the commission in accordance with Rule 8 of the Consumer Protection (Consumer Disputes Redressal Commission) Rules, 2020. The portal was launched at 4:00 P.M. on September 7th, 2020. Rule 8...
Read full post