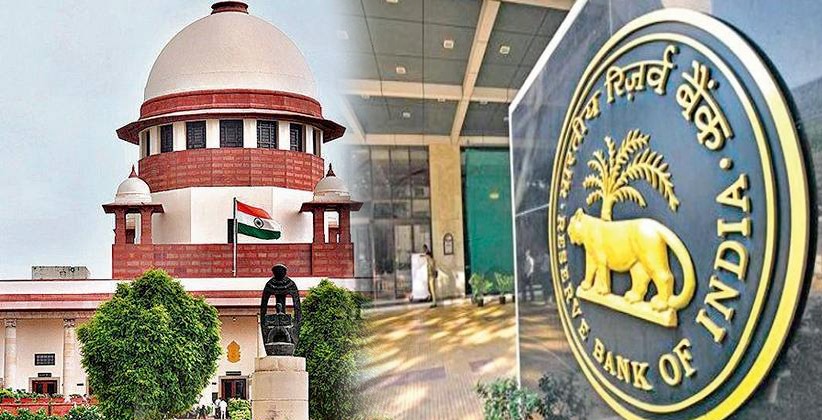 A lawyer has moved the Supreme Court seeking directions for the Reserve Bank of India (RBI) to extend the moratorium period on repayment of term loans till December 31 on account of the economic crisis faced by various sectors amidst the lockdown due to the global coronavirus pandemic.

The 35-pages petition was filed by Advocate Vishal Tiwari pointing out the hardships faced by lawyers and those who are in other service sectors. "Due to the lockdown scenario in the country because of the pandemic, it has become a real struggling issue to pay off the monthly loan installments as there is no constant and secured income of the legal professionals and independent litigators due to the closure of the physical hearing in various Courts of the country including the Supreme Court of India", the petition further stated. He argued that the sectors facing financial crisis are not likely to come out of the same on August 31, which is the current deadline, therefore, the moratorium period shall be further extended till December 31.

The plea has also sought directions to the Respondents and the Governments to ensure no use of illegal, violent, and harassing methods against the borrowers for recovery of the loan installments. The petition also mentions that, in case of any violation of the above-stated norms, strict actions shall be taken against the perpetrator.

The petitioner also highlighted that, earlier, the RBI had granted some relief including suspension of monthly loan installment for a time period of 3 months vide notification dated March 27, 2020. Another similar notification, dated May 23, 2020, was issued to extend the relief for 3 months till August 31, 2020.

Further on, the plea stated that due to the closure of the Court in lockdown and without any physical hearing, the lawyers and other court staff have suffered a lot of difficulties meanwhile and that, no relief or any sort of financial aid to the lawyers/service sector has been given by the Government so far.