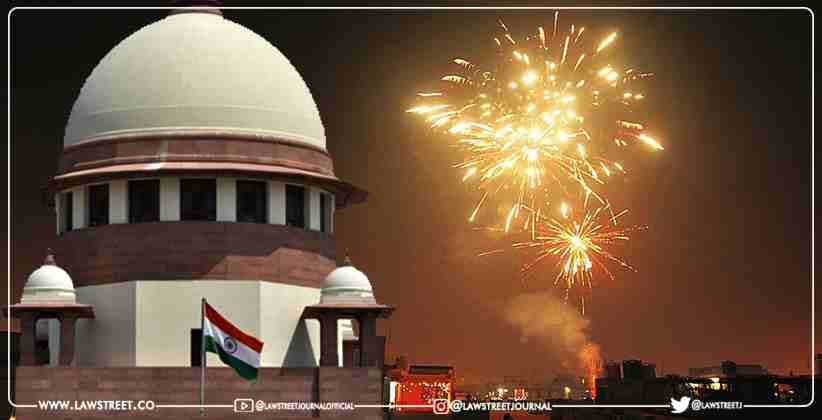 SC sets aside Calcutta HC order putting blanket ban on cracker bursting in West Bengal. SC says it had allowed use of green crackers if ambient air quality is 'moderate'. "The order of the SC will be applicable to all states uniformly and WB cannot be an exception," the SC said.

Plea seeks direction for no FIR against general public if burst crackers for lack of knowledge on ingredients of fire crackers.

About 50 licensed fire cracker traders have approached the Delhi High Court seeking permission to sell green firecrackers on the occasion of Diwali in the national capital.

The plea comes in the wake of the Supreme Court clarifying in an order that only those firecrackers are banned that contain barium salts.

The petition will be heard tomorrow by a bench of Justice Sanjeev Sachdeva.

AAP led Delhi Government has opposed the plea stating in view of the NGT's decision prohibiting even green firecrackers, such crackers cannot be sold.