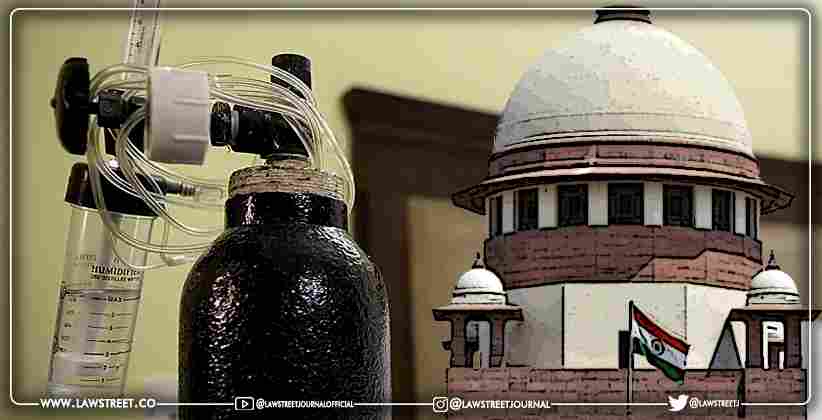 A PIL was filed before the Supreme Court for the release of oxygen cylinders, oxy meter, Ramdesivir, and all the essential equipment’s which are lying judicial custody of the police officers.

The plea was made as they were required for the treatment of Covid patients and to be released after the formalities of criminal procedure.

This plea was filed by Law student with an advocate who sought directions for videography and photography of these seized properties and their release considering the situation the country is in.

The petitioners Mr Shrikant Prasad and Mr Raj Kishore Prasad have urged the court to issue directions to make arrangements for releasing of such seed property which are essential for the Covid treatment, have also stated that considering the unavailability of these equipment’s in the market, it is the utmost necessity of the time that lives should be saved and confiscating the products can result in problem and these products should be released through directions.

The Petitioner is of the view that the country is in utmost need of the product and the procedure given under CrPC is very time taking because the police officers have to apply to a magistrate or higher court for the release.

The plea mentioned that article 21 provides us with the right to life and also write to proper medical treatments, in the case of Parmanand Katara versus union of India, the supreme Court had held that right to medical treatment without going through formality is the foremost right of the person.

The petitioners further cited similar directions issued by the Allahabad High Court and Jharkhand High Court for issuing the release of equipment by considering the section 451 of CrPC.

They have also argued that keeping the equipment’s in custody does not serve any process and they should be released by the government as soon as possible for saving the lives. And there is no necessity of keeping such essential equipment’s for a long time till the trial goes on, and it will not breach any rights of the offenders and in that case of equipment’s should be sold at the market price.