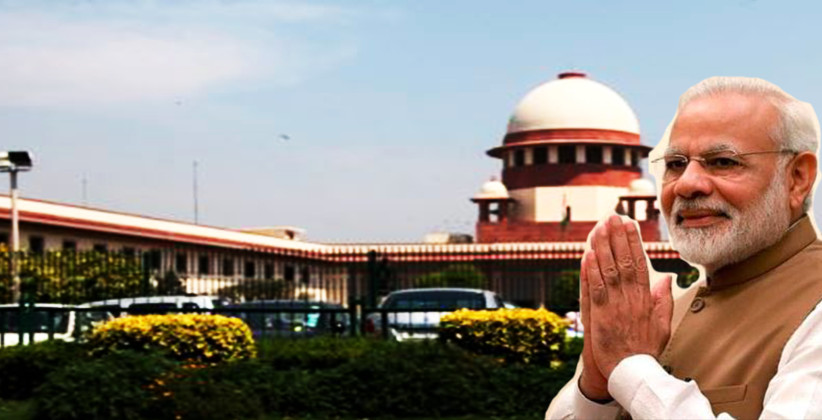 A petition was moved in the Supreme Court on April 15, 2019, seeking the constitution of a court-monitored Special Investigation Team to probe into the non-disclosure of assets by Prime Minister Narendra Modi in his election affidavits.

The petition was filed by former journalist Saket Gokhale alleging that Mr. Modi did not disclose a plot of land located at Gandhi Nagar in Gujarat in his list of assets given in his election affidavits filed in 2012 and in 2014 Lok Sabha polls.

The land at Plot no: 411, Sector-1, Gandhi Nagar, Gujarat, was allotted to Modi by the Gujarat Government for a sum of Rs 1,30,448. The same was reflected in Modi’s Gujarat Assembly Elections Affidavit, filed in 2007.

“Respondent no 3, who holds a high executive office has a duty to set the highest standards of fairness, probity and transparency in life. By hiding details of his assets and by misrepresentation, respondent number 3 is not only guilty of filing false affidavit but has also created a prima face doubt about the veracity of information about him, especially information about his assets,” the petition submitted.

Relying on the decision of the Supreme Court in Lok Prahari v. UOI & Ors (2018), the petition further added that “..the importance of citizens being the ultimate repository of sovereignty in a democracy that he must have access to all information that enables critical audit of the performance of the state and their incumbent or aspiring public officials…the non-disclosure if assets and sources of income of the candidates and their associates would constitute a corrupt practice falling under heading “under influence” as defined as defined under Section123(2) of the 1951 RP Act.”

It is therefore, claimed that Mr. Modi has “violated the sacrosanct right of the voters/citizens of making an informed choice of the candidate to represent the constituency in the legislature on the basis of true and current information.” The Petitioner hence seeks constitution of an SIT under the aegis of a retired Chief Justice of India to investigate and enquire into the matter.