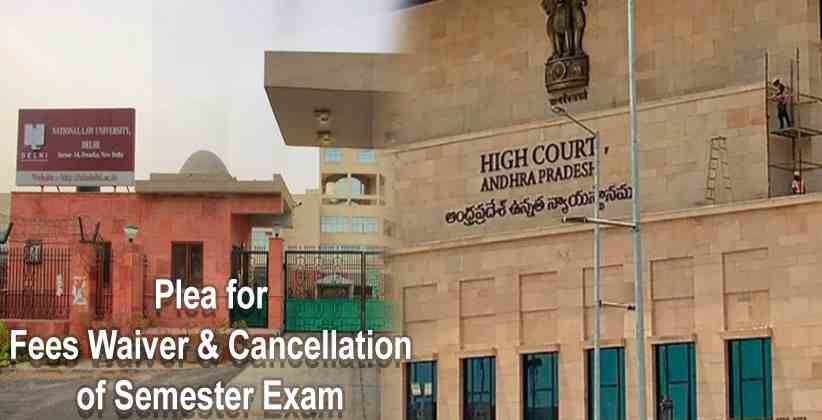 Judiciary May 20, 2020 Parth Thummar. ( Editor: Ekta Joshi ) 12 Shares
12 Shares
Two students of Damodaram Sanjivayya National Law University (DSNLU), Anurag Tiwary, and Keshav Baheti have filed a Public Interest Litigation under Article 226 in the Andhra Pradesh High Court on May 18, 2020, seeking fees waiver and cancellation of semester examinations. The case was taken up for hearing in Court no 2 of the High Court.

Petitioner’s case:  Petitioner students have submitted before the Court that students of DSNLU and other universities in the state of Andhra Pradesh who come from Underprivileged Backgrounds, Minority Communities, Troubled Households, Economically weaker sections, remote village areas are being forced to pay the fees even for the period during the lockdown in the name of availing the benefits of services that have not even been availed by the students such as Library fees, Hostel Fees, Mess Charges, Electricity charges, and Internet fees once the lockdown was announced.

They have alleged that Such Universities have turned into profit-making corporations where they charge a mandatory increment in the Tuition fee of their students every year. They have also submitted that such increment in the academic year 2020-2021 will severely prejudice the interest of the aforementioned students and will make them worse off than their privileged counterparts as COVID-19 has crippled the economy and increased job losses and unemployment. To make their argument, they relied on Unni Krishnan, J.P. And Ors. Vs State of Andhra Pradesh and ors. (1993 AIR 2178) where the Hon’ble Supreme Court had laid down the law that educational institutions are not business enterprises and therefore cannot be run with the primary object of making a profit. It is a settled law that the State is the custodian of the welfare and wellbeing of its citizens. They further submitted that in this extraordinary time of the pandemic, universities bear the responsibility of not putting students into it is any kind of burden. Internal evaluations conducted by universities have put such students into a state of discomfort where they now have to go through added pressure and meet deadlines. They also submitted that it is the duty and the obligation of the University Administration to be empathetic towards the situations of every single student studying with them and see if the decisions taken by the University can meet up to the ground realities of our country today. They mentioned the fact before the Court that DSNLU is conducting online classes and Internal Evaluation of students which includes submission of Research Projects, presentations, viva-voce, etc. and the completion of the same requires a certain amount of basic infrastructure which should be available with every student. These basic facilities are Laptops, Computers, High-speed Internet connectivity, mental and physical spaces in their houses to work and e-resources among many others. They alleged that the Universities and the administrations have presumed that such facilities are available with the students and that they can cope up with the deadlines even in these trying circumstances. They also submitted that the online education ends up widening the achievement gaps between otherwise equal students. 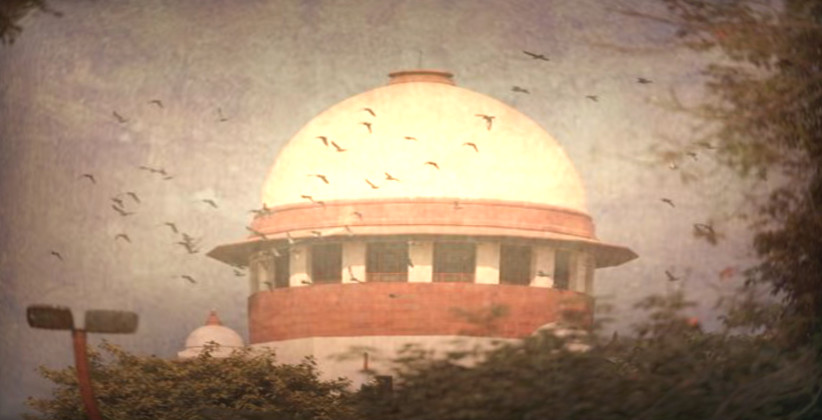 Legal Insiders Mar 04, 2019 Lawstreet News Network 0 Shares
0 Shares
On March 2, 2019, the foundation stone of country’s 23rd National Law University was laid by Chief Minister Trivendra Singh Rawat in Ranipokhari, Uttarakhand.The National Law University Uttarakhand will be set up in Ranipokhari, 50 km from Dehradun at a cost of Rs 26 crore, and will span over 10 acres.In June last year, while taking up a batch of petitions, the Uttarakhand High Court had directed the state government to set up the NLU within three months and to ensure that NLU’s...
Read full post