“Public Streets should not be blocked”: Supreme Court on Noida resident’s plea 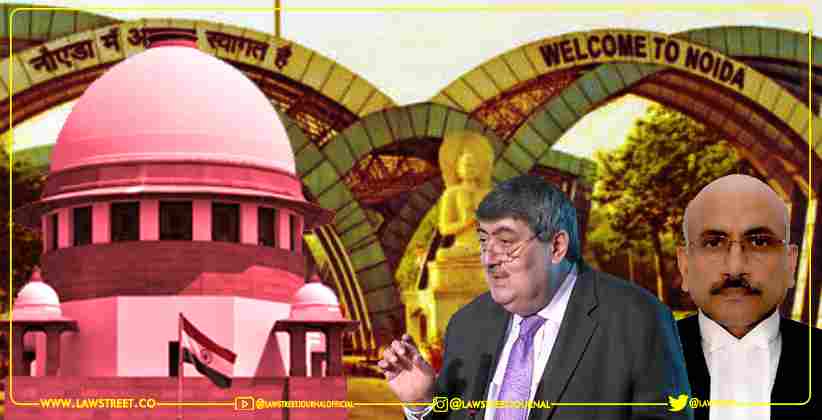 Judiciary Apr 13, 2021 Athira Nair ( Editor: Ekta Joshi ) 3 Shares
3 Shares
The Supreme Court on Friday ( April 9, 2021) allowed a writ petition filed by a resident of Noida who alleged that it takes her a total of two hours to commute from Noida to Delhi, instead of 20 minutes, due to road blockades.

A bench of Justice's SK Kaul and Hemant Gupta stated in their order that “public streets should not be blocked” and that this was an aspect that has been emphasised repeatedly in the previous orders by the court.

Justice Kaul further observed, “we are not concerned with how you resolve this issue, whether politically, administratively or judicially. But we have said this before, roads should not be blocked. This is a single mother who has to face many issues because of blocked roads.”

In the hearing, Solicitor General Tushar Mehta submitted to the court that he is the counsel on behalf of the Delhi Government. Accordingly, the SG requested for the impleadment of the States of Haryana and UP, which was allowed by the Court with notice waived to both the States. The matter will be now heard on 19th April, 2021. (Case name: Monicca Agarwaal vs. Union Of India). The Petitioner, Monicca Agarwaal, who appeared in person, submitted to the court that she stayed in Noida, and had to commute to Delhi in connection with her marketing job. She states before the court that the route that took her 20 minutes, now takes her 2 hours, due to blockades in roads. Further, she started that being a single mother with medical issues, it had become a stressful situation for her to travel to Delhi.