Punishment Of Discharge From Service Is Not Disproportionate To ‘Corrupt’ Employee: SC [READ ORDER] 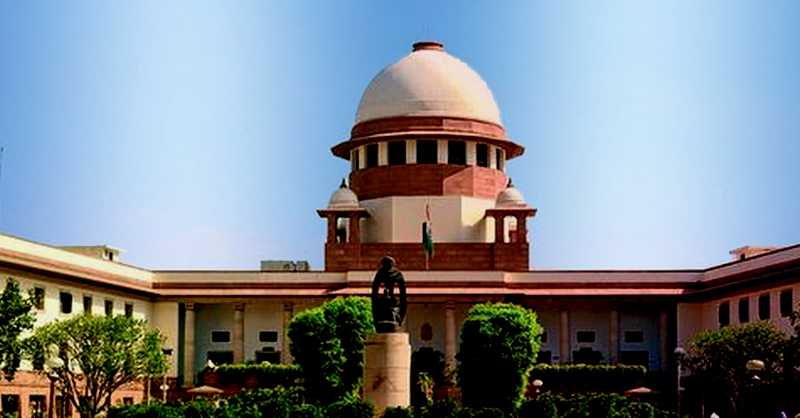 Judiciary Sep 14, 2020 Rhea Banerjee ( Editor: Ekta Joshi ) 8 Shares
8 Shares
The Apex Court was of the opinion that punishment of dismissal is not disproportionate to the corrupt employee while it dismissed the appeal of a CISF officer who was dismissed from his office for indulging in corruption. The Bench comprising of Justice NV Ramana, Justice S. Abdul Nazeer, and Justice Surya Kant noted that charges including corruption, misappropriation, and gross indiscipline are serious offenses and need to be dealt stringently.

The petitioner Pravin Kumar joined the Central Industrial Security Force (CISF) in January 1995 as Sub-inspector. Later the petitioner was posted in the Crime and Intelligence Wing and was precisely entrusted with conducting surprise searches of personnel and taking strict action against anyone who indulged in corruption. But he was later terminated from service after conducting a disciplinary inquiry where the charges of corruption and extra-constitutional conduct was found proven against the petitioner. Even the Bombay High Court had dismissed the writ petition of the petitioner challenging the disciplinary inquiry.  In this particular case, the authorities had appointed the inquiry officer and also registered a criminal complaint with the CBI. After, the investigation was done the CBI didn’t find adequate material to launch a criminal prosecution. The argument raised by the employee was that he should be acquitted in the disciplinary proceedings as no criminal charge sheet was filed by the CBI after their completion of the inquiry. The bench rejected this contention and stated that the employer always has the right to conduct an independent disciplinary proceeding irrespective of the results of the criminal proceeding.

The court mentioned. “It is beyond debate that criminal proceedings are distinct from civil proceedings. It is both possible as well as common in the disciplinary matter to establish charges against a felonious official by a preponderance of probabilities and consequently terminate his services. But the same set of evidence might not be sufficient to take away his liberty under the criminal law jurisprudence. Such distinction between standards of proof among the civil and criminal litigation is intentional, given the difference in stakes of both cases and the power imbalance between the parties and social costs of an inaccurate decision. Thus, in a disciplinary inquiry of the office, the strict rules of evidence and procedure of criminal trial are not applicable.” Whether judicial review has room for service matters? The court has further explained the scope of Judicial review in such service matters. It stated that the power of judicial review discharged by the Constitutional courts under Article 226 or 32 or when sitting in the petition of Article 136 (Special Leave Petition) is completely different from the appellate power exercised by the departmental appellate authority.  “It would be said again that judicial review is an assessment of the decision-making process and not the merits of the decision itself. The judicial review seeks to ensure fairness in treatment and not the fairness of the conclusion. It should be used only to rectify the manifested errors of law or procedural faults which can lead to significant injustice or in case of bias or gross unreasonableness of the results of the case. Thus, it is well settled the constitutional courts while exercising the powers of judicial review will not undertake the role of the appellate authority of a departmental inquiry. Their jurisdiction is circumscribed by limits of correcting errors of laws, procedural mistakes leading to apparent injustice or violation of principles of natural justice. Looking differently, judicial review is not equivalent to venturing into the merits of a case like an appellate authority.” Punishment of ‘dismissal’ is not disproportionate for an allegation of corruption  The Apex Court also dismissed the plea that punishment of dismissal was disproportionate to the allegation of corruption. It was further clarified that the Disciplinary Authority has extensive discretion when it comes to the imposition of punishment for proven delinquency, subject to the principles of proportionality and impartiality.  The court further stated that “such requirements originate from Article 14 which bars the State authorities from treating varying degrees of misdeeds with the same comprehensive stroke. Determination of such proportionality is a function of not only the action or intention of the delinquent, but it must also look into the other factor such as financial effect and societal implication of such misconduct. But unlike the criminal cases, in disciplinary matters, the Courts can interfere only on the grounds of proportionality when they see the punishment awarded is excessive to a high degree or if the conscience of the Court is shaken by the decision. Thus, in case of trivial issues penalties like dismissal, removal, or reduction in rank are imposed, then it would be discriminatory but for grave and serious offences, there is a need to send a clear message of deterrence to the society. And charges involving corruption, misappropriation are grave offences which need to be dealt with strictly.”  The court even added further that punishment of dismissal from service is far from disproportionate to the charges of corruption, fabrication, and intimidation which are clearly proven against the petitioner.  The court states, “Taking any other view would be anathema to service jurisprudence. If we were to hold that systematic corruption and its unashamed cover-up are inadequate to attract the dismissal from service, then the main agenda behind having such major penalties as are mentioned under Article 311 of the Constitution would be destroyed. Further, the appellant’s action would have caused huge consequential losses to BPCL and dropped the reputation of the CISF members among the public. Given the paramilitary nature of the appellant’s force, a sense of integrity, commitment, discipline, and camaraderie is expected out of the members. This expectation was especially heightened in the case as the work profile of the appellant was to weed out corruption and conduct surprise raids. But once shattered through the act of intimidation, forgery, and corruption only the gravest penalty needs to be imposed.” Thus, it was concluded by the Apex Court that they have no jurisdiction in these departmental inquiries and cannot act as the appellate authority for the same, and the court specifies that discharge from office is not disproportionate who is alleged to be a corrupt employee.    [READ ORDER] 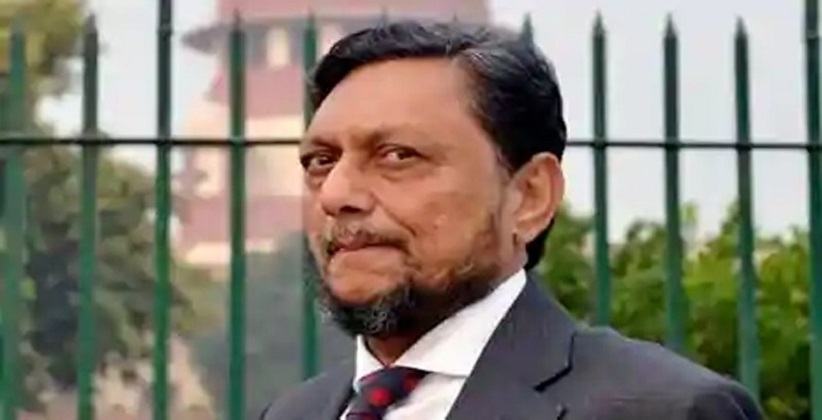 Judiciary Sep 22, 2020 Rhea Banerjee ( Editor: Ekta Joshi ) 9 Shares
9 Shares
The Supreme Court had refused to entertain a plea of the petitioner which sought for a declaration that the Fundamental Right to Freedom of Speech and Expression didn’t lie with reference to the ongoing judicial matters and final orders, except to the level of fair and true reporting. The Bench was headed by Chief Justice of India SA Bobde who supervised over the matter and informed petitioner in person Dr. Subash Vijayran that he was saying the same thing as it was stated in the law...
Read full post