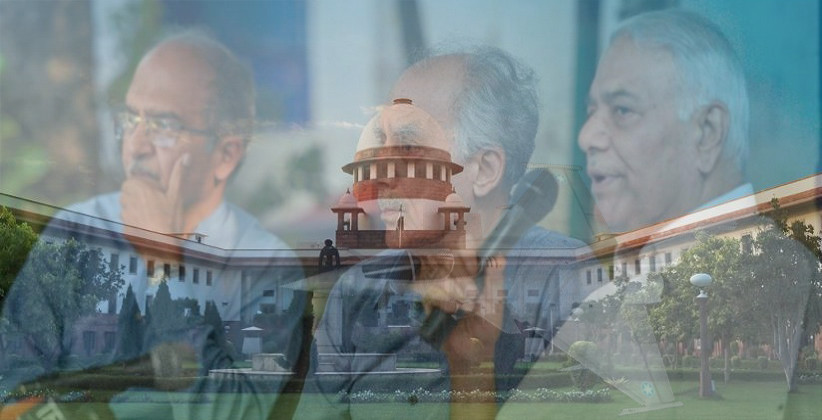 Former Bharatiya Janata Party (BJP) leaders Arun Shourie and Yashwant Sinha and lawyer Prashant Bhushan on January 2, 2019, filed a review petition in the Supreme Court under Article 137 of the Constitution of India to challenge the judgment passed by the apex court on December 14, 2018.

In the review plea, the petitioners alleged that the judgment is based on “errors apparent on the face of the record” and ought to be recalled. The petitioners have, therefore, sought an oral hearing in open court.

The petition asserting that the Centre “quite clearly misled the court” has said that “The government has blatantly misled the Hon’ble Court and the Hon’ble Court has grossly erred in placing reliance on false averments in the note not even supported by an affidavit. The entire judgment is based on disputed questions of facts in respect of which an investigation needs to be done. As the judgment is based on evidently false averments in the note not shared with the petitioners, on that ground alone the entire judgment ought to be not just reviewed but recalled.”

Further, it was also submitted that the verdict did not take into consideration the fact that Reliance Aerostructure Ltd, the beneficiary of the offset contract, was ineligible to be chosen as an offset partner.

Moreover, the court did not even dealt with the petitioners’ prayer for registration of FIR and investigation by the Central Bureau of Investigation (CBI). Instead, the Court reviewed the contract “prematurely” without the benefit of any investigation or inquiry into disputed questions of facts, the plea submits.

The petition also objects to the Court’s reliance on the Centre’s note on the pricing of Rafale jets, which was neither shared with the petitioners nor examined in the light of other “primary documents”.