Rajasthan High Court: No action against Sachin Pilot till Tuesday 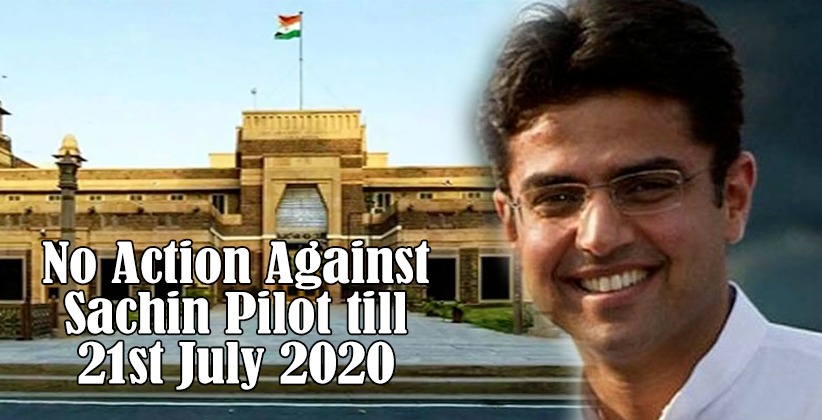 Senior Lawyer Abhishek Manu Singhvi stated before the Rajasthan Court that Sachin Pilot and 18 other congress rebels will not be disqualified by the speaker till 21st July 2020 i.e. Tuesday.

The MLAs will be given time to respond to disqualification notices for “anti-party activities” which were challenged in court.

Congress has suspended two of its rebels alleging that they were conspiring about their government in the meanwhile. The party also named Union Minister Gajendra Singh Shekhawat who called the audio as “fake”. Two police cases were filed on the allegations.