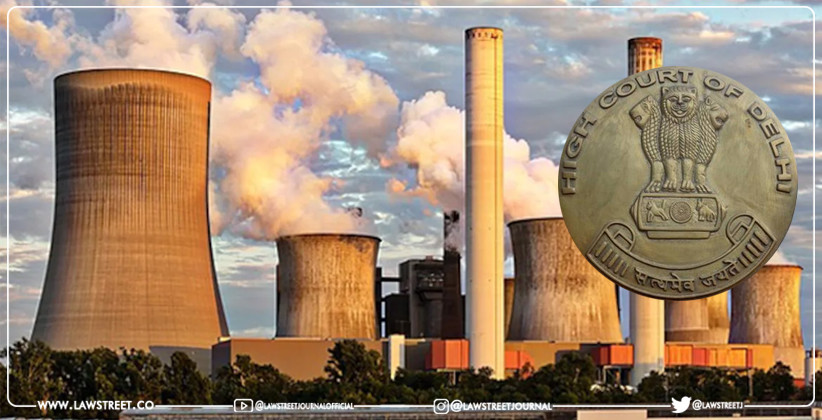 The stay on an order passed by the Central Government has been extended by the Delhi High Court on Friday, April 1, 2022. The order was passed for reallocating power generated by city's Dadri-II Thermal Power Station from the national capital to the State of Haryana.

The Court was dealing with a petition filed by BSES Rajdhani Power Limited, a DISCOM, challenging the order of 29 March 2022 passed by the Ministry of Power which, alluding to a purported surrender of power generated by the Dadri-II Thermal Power Station by the Delhi Government, had transferred the same to the State of Haryana.

The development came after Additional Solicitor General Chetan Sharma appearing for the Centre sought two weeks’ time to file response in the matter.

In the beginning, Sharma apprised the Court that the request for deallocation was made in 2015 and that there had been almost 5-6 deallocations made from the said quota.

During the previous course of hearing, Senior Advocate Sandeep Sethi appearing for the petitioner had submitted that if the order impugned will be impugned will be implemented, then 23% of the population of the city would be deprived of power in the next 24 hours.
It was held by the Court that:

“The Court also takes notes of the averments made in paragraph 5 of the writ petition where the petitioners aver that the impugned order would, if permitted to operate, come into effect from 00:00 hours on Friday 1 April 2022. The resultant deficiency would have to be arranged before 10:00 A.M. on Thursday i.e. 31 March 2022. Matter requires consideration,"

The petitioner also contended that the order was wholly without jurisdiction since no power rests in the respondent authorities to reallocate the power that forms part of the allocation made in favour of the petitioner and duly approved by the Delhi Electricity Regulatory Commission.

FURTHER CONTENTIONS OF THE PLAINTIFF

The attention of the Court was also drawn to the order of the Delhi Electricity Regulatory Commission dated 30 March, 2022 which categorically recorded that the Commission had not communicated any request to the Ministry of Power to either re-allocate or surrender the share of Delhi Government from Dadri-II to other States.

The Court held that -

“That order also takes note of the Power Purchase Agreement executed between the petitioning DISCOMS with NTPC which are valid up to 30 July 2035. The Court additionally takes note of the changed statutory regime ushered in by virtue of the Electricity Act, 2003 and the jurisdictional and pivotal function assigned to the respective Electricity Regulatory Commissions and more particularly Section 86 of that Act,"

While posting the matter for further hearing on April 29, Justice Yashwant Varma directed the respondents including the Union of India to file counter affidavits in the matter.

The Hon’ble Judge held that "Interim order to continue till the next date."