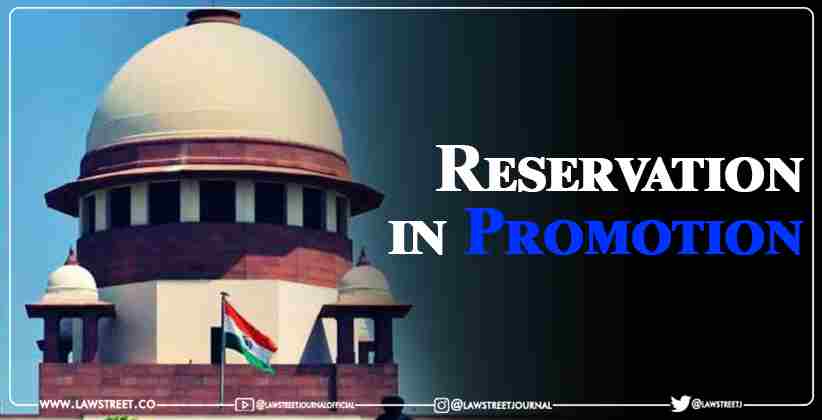 Two individual employees belonging respectively to Madhya Pradesh and Indian Railways have filed a review petition against the Top Court's judgment delivered in Jarnail Singh’s case with respect to the prospective effect of its 2006 judgment in M. Nagaraj & Ors v/s Union of India & Ors.

On 27th Jan, 2022 The Court had declared that its 2006 judgment will only have a prospective effect to avoid chaos and confusion.

The court noted that in M.A Murthy vs. State of Karnataka it was held that prospective overruling can be done only by the Court which has rendered the decision. In the petition of the M Nagaraj judgment, there appeared to be some errors on the fact of the record. The Union of India upheld the 77th Constitutional Amendment subject to certain limitations.

It has further been averred in the petition that protecting the promotions-seniority illegally granted by respective governments in violation of M. Nagaraj is not at all a common question in all tagged matters, independent of facts of each matter.

It has further been stated that, "In the case of Madhya Pradesh matters, illegal promotions till 12.12.2002 are barred from protection because of explicit orders of the State Administrative Tribunal, endorsed by the High Court, Jabalpur, independent of M. Nagraj pre-conditions. In case of writ petition filed by Mr. M. Nagraj, 3-judge bench while referring the challenge to constitution bench on 08.04.2002 had made all action in pursuance of four impugned amendments, subject to final outcome in that matter. Different such dates of operation exist for the Union of India and various States. Para-42 of impugned judgments thus violates both judicial comity and judicial discipline”.

The petition further states that it is highly illogical to protect illegally granted promotion and seniority of period of 11 years (1995-2006) while leaving out of protection the illegal action of 16 years (2006-2022) nearer home.

The petitions have been filed by Advocate Mrigank Prabhakar.