Home Judiciary The Right to Life is the Mother of All Rights: Malawi's Supreme Court Rules Death Penalty as Unconstitutional [READ ORDER]
Judiciary

The Right to Life is the Mother of All Rights: Malawi's Supreme Court Rules Death Penalty as Unconstitutional [READ ORDER] 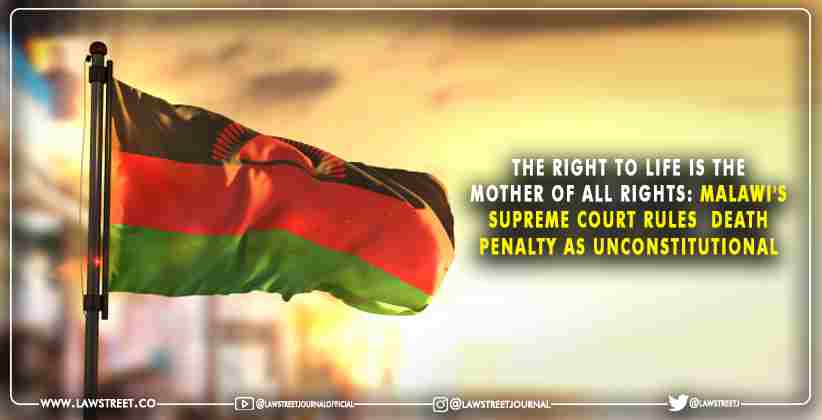 Death penalty has been declared unconstitutional by Malawi's Supreme Court of Appeal.

The court made this observation while granting an appeal filed by a man named Khoviwa, who had been sentenced to death. The majority judgment, authored by Justice D F Mwaungulu, notes that the Malawian Constitution does not provide for the death penalty; rather, it prohibits derogation from the right to life.

The Court said, “If life imprisonment becomes the maximum sentence where it is not mandatory, it cannot be imposed, as if it were reserved for the most heinous crimes. As a result, courts are likely to impose a lengthy prison sentence. Those who have served long periods of time or have served long sentences are more likely to receive shorter sentences or be released immediately."

(In Charles Khoviwa vs The Republic MSCA)

COVID-19 Surge: Telangana High Court Extends the Life of Interim Orders Granted by it and the Subordinate Courts until June 30, 2021