'The foundation of a prison is laid on the Rule of Law': Supreme Court on Tihar inmate Ankit Gujjar's death case 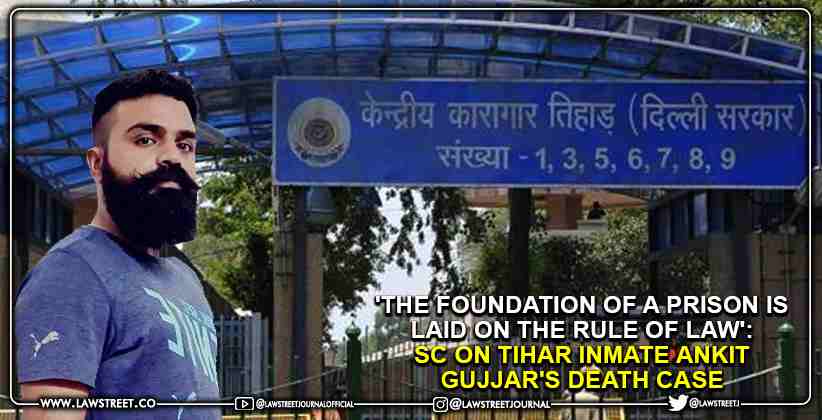 On August 24th 2021, Tihar jail inmate Ankit Gujjar, a 29 year old gangster was found dead in the jail after getting serious injuries.

The matter was moved to court and on Monday 13th of September 2021, the Delhi high court sought status report from Director General of Prisons indicating the measures taken by the authorities to ensure safety and security of other inmates.

The petition was moved by 5 inmates of the Tihar jail claiming to be eye witnesses to the incident thereby fearing that pressure will be mounted on them in order to change their statements.

The petition was moved by the inmates through Advocate Mehmood Pracha while Justice Mukta Gupta was dealing with the petition.

Three inmates are presently lodged inside the Tihar Jail while two of them are out on interim bail ending on September 24, 2021. The two Petitioners out on interim bail had informed the family of Ankit Gujjar that he was mercilessly beaten immediately after coming out. Accordingly, PCR calls were made in the matter.

On September 27th 2021, the Court ordered thus: "The Director General of Prisons will ensure that the petitioners no 1 to 3 who are in custody and petitioners no 4 and 5 who will surrender, are kept inside an area where CCTV cameras is fully functional so that every ingres and outgress through their cells is maintained and properly monitored."

The Court issued notice on the plea and sought status report from the DG, Prisons by the next date of hearing. "In the meantime, since it is the case of petitioner no. 1 and 2 that they have received injuries, the status report will also include their MLCs," the Court added.

The Court had transferred the probe into Ankit Gujjar's death from Delhi Police to Central Bureau of Investigation (CBI) last week. During the course of hearing today, Counsel Rajesh Kumar appearing for CBI informed the Court that it had registered an FIR in the matter.

While transferring the probe to CBI, the Court said "Walls of prison, howsoever high they may be, the foundation of a prison is laid on the Rule of Law ensuring the rights to its inmates enshrined in the Constitution of India."

“Even when Ankit got injured and was alive, in case proper medical treatment was provided to him, his life could have been saved and thus an investigation not only as to who all committed the offence of brutally beating the deceased Ankit resulting in his death has to be carried out, but the role of jail doctors in not providing proper treatment at the right time is also required to be ascertained by a proper inquiry,"

"Moreover, necessary rules and regulations so that the police is not denied entry in the jail to conduct an enquiry/investigation into the commission of a cognizable offence are also required to be made."

The Court also directed Director General of Prison to file a status report indicating the measures taken to streamline the system as regards the CCTV cameras at the Jail and when the same are not working what alternative measures can be taken in the meantime, accountability of the Jail officers and Jail doctors and the mechanism by which immediate entry is provided to the police to the Jail on receipt of an information of a cognizable offence and the remedial steps to be taken. 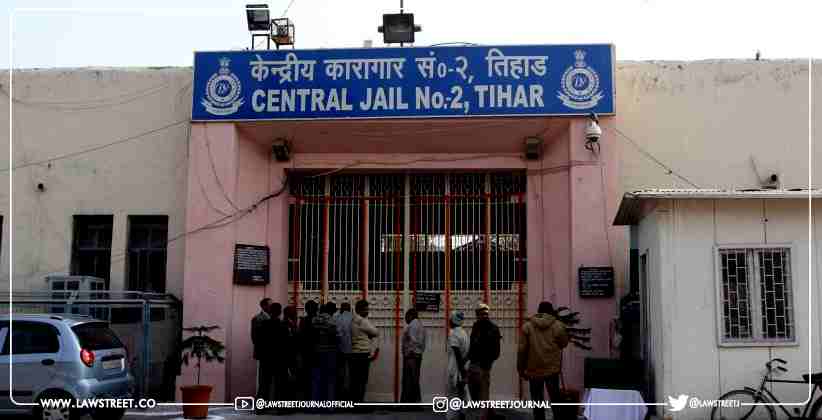 Crime, Police And Law Jun 14, 2021 Celin Sunil ( Editor: Ekta Joshi ) 1 Shares
1 Share
Zafar, an undertrial prisoner, arrested in 2018 was beaten up and forced to chant ‘Jai Shree Ram’. A Special NIA Court in Delhi sought responses of the Tihar Jail Authorities by filing a report.Zafar was arrested for allegedly being a member of Islamic State on the allegations that he was involved in planning suicide attacks and serial blasts by targeting politicians and other officials in Delhi and other areas.Zafar approached the court earlier this week, seeking directions to be passed on...
Read full post