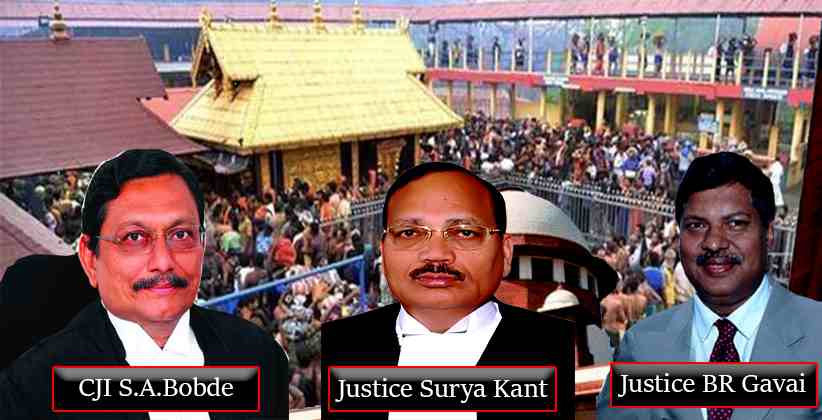 The Supreme Court today (28 January, 2020) announced that its nine-judge constitution bench would finish the proceedings in the Sabarimala case petition within 10 days. The bench headed by CJI Bobde, Justice BR Gavai and Justice Surya Kant among others is hearing the matter which is related to discrimination against women in various religions and at religious places including Kerala's Sabarimala Temple.

The bench clearly advised the counsel to frame questions that are purely legal in nature with no time being wasted in wrapping up the hearing.

“It cannot take more than 10 days. Even if someone wants more time, it cannot be given,” said the bench. The observation was made when Solicitor General, Tushar Mehta presented the issue before the bench and said, “We could not finalise common questions for consideration of my lords. The Supreme Court can consider framing the questions.” A meeting that took place between the lawyers in pursuance of court orders could not come to fruition as there was no consensus in the legal questions for consideration by the nine-judge bench. The bench has asked the law officer to furnish issues that arose in the meeting.

The court is set to hear issues related to the entry of Muslim women into mosques, female genital mutilation in the Dawoodi Bohra Muslim community and barring of Parsi women, married to non-Parsi men, from the holy fireplace at Agiary.