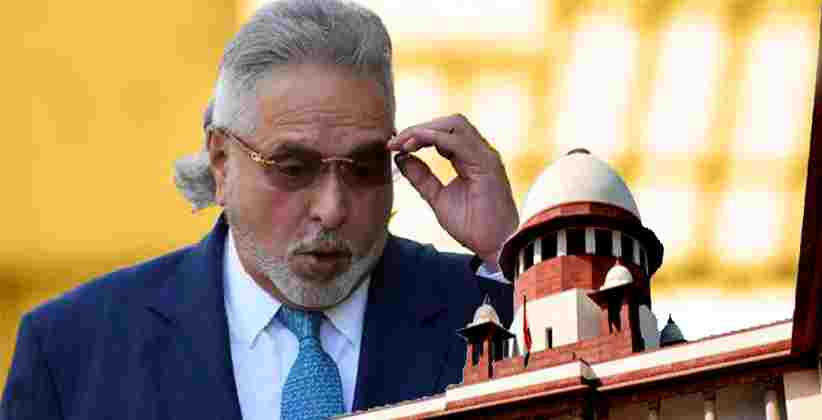 The Supreme Court today (February 18, 2020) adjourned a petition filed by Vijay Mallya against ED's (Enforcement Directorate) proceedings to declare him as a fugitive economic offender and take control of his assets in India. The next hearing is scheduled after Holi break.

On the 13th of February, 2020, Mallya alleged that the investigative agencies - ED and Central Bureau of Investigation (CBI) have carried out investigations over the past four years that were totally unreasonable.

Mallya spoke to the reporters after the hearing at the UK High Court on the third day where he had filed an appeal against the extradition decision of Westminster Magistrates Court and said, "CBI and ED have been unreasonable, all they have been doing to me over the past four years is totally unreasonable,    I request the banks with folded hands to take 100 per cent of your principal back immediately."

It has been alleged that the ED have attached his assets on the basis of the complaints made by the banks that he has not repaid them till date.

"That is clearly stated in the provisional attachment orders. I have not committed any offences under the PMLA that the ED would suo moto attach my assets. Now I am saying please banks take your money and the ED is saying -- we have a claim on these assets," he said. [PMLA - Prevention of Money Laundering Act 2002]

Mallya has further contended that he was thinking to honour his guarantee and thereby pay the banks in full.

"ED on one side and banks on the other side are fighting over the same asset. I have not borrowed any money from ED. In fact, I did not borrow money myself from banks, Kingfisher airlines did. I am mulling to honour my guarantee and pay them in full," he said.

The 63 year old businessman Mallya has been living in the United Kingdom since 2016 and is the enlisted target for the Indian Government who have been trying to arrange his return from the UK so he can face the charges against several crimes committed here.

Andhra Pradesh HC: Introduction Of English Medium In All Government Schools Not Violative Of Right To Education Act