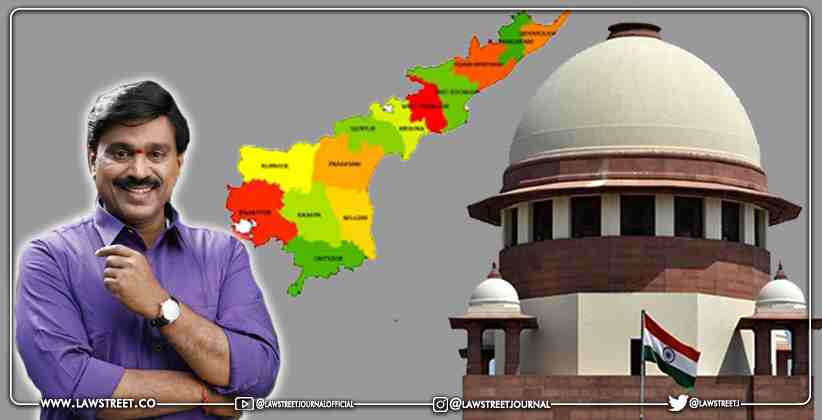 On Thursday (August 19, 2021), the Supreme Court granted relief to ex-Karnataka Minister and mining baron Gali Janardhan Reddy, who is accused of illegal mining, by allowing him to visit and stay in the Karnataka districts of Bellary and Kadapa and Anantapur in Andhra Pradesh.

A Bench comprised of Justice Vineet Saran and Justice Dinesh Maheshwari modified its bail order on January 20, 2015 to remove restrictions on his visit and stay.

The Supreme Court modified the bail condition in exchange for Reddy informing the Senior Superintendents of Police (SSP) of Bellary, Kadapa, and Anantapur about his visit.

The Bench relaxed Reddy's bail conditions and allowed him to visit these districts for eight weeks.

"Considering the facts and circumstances of the case & that trial has not even begun & that petitioner (Reddy) has not violated any bail condition even when he visited Bellary, it is directed that the condition imposed in bail order to not visit these three places be modified," the Supreme Court said.

The trial Court shall make every effort to expedite the trial, the Bench stated, adding that these matters cannot be left hanging indefinitely and must be resolved as soon as possible.

Reddy was arrested in September 2011 and released on bail in January 2015. The Supreme Court had imposed a condition on his bail that he not visit these districts. Later, he filed an application to have the bail conditions imposed on him lifted.

Senior Lawyer Mukul Rohatgi, representing Reddy, contended that the charges in the case have yet to be framed and that the trial has not yet begun.

He claimed that no trial had begun in the six and a half years since Reddy was granted bail.

In her appearance on behalf of the CBI, Additional Solicitor General Madhavi Divan argued that Reddy had been charged "in a case relating to influence and bribe for the purposes of bail & subverting the judicial process & influencing the judges."

Changes to bail conditions will have a negative impact on the trial, according to Divan. ASG claimed that Reddy is free and can only visit these three districts, and that 47 of the 300 witnesses live in Bellary.

She went on to say that Reddy couldn't pick and choose which bail conditions he wanted to follow and which he didn't.

The matter will now be posted in the third week of November, 2021.