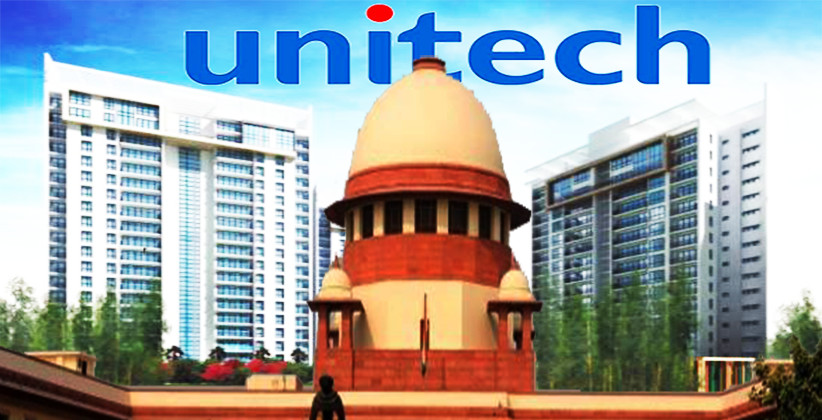 A day after declaring that Amrapali’s housing projects will be handed over to Noida and Greater Noida authorities for completion, the Supreme Court on Thursday (May 09, 2019) said the Unitech group and its 46 subsidiaries should be taken over by the Centre to get the projects completed.

A bench of Justices DY Chandrachud and MR Shah said it was the government’s “obligation” to protect citizens belonging to middle class families who got cheated by real estate developers.

As per reports, Unitech collected over Rs. 14,000 crores from around 17,000 buyers for 74 housing projects. Most remain incomplete.

The apex court also ordered the withdrawal of all facilities given to Unitech promoters Sanjay Chandraand his brother Ajay Chandra, who have been lodged in Delhi’s Tihar jail since August 2017 for allegedly siphoning off the homebuyers’ money. The court said the Chandra brothers should be treated like ordinary prisoners in accordance with the prison manual.

So far, the Chandra duo was allowed a working space to try and negotiate with buyers and investors to raise money and complete the pending projects. The jail authorities had also been directed by the court to allow Sanjay Chandra's meetings with his company officials and lawyers so that he could raise money against the unencumbered assets of his company.

The brothers were also enjoying the facilities of a computer with internet, printer, mattresses, high-quality foot mats, and regular supply of mineral water. An LED television, badminton rackets, and luxury mobile handsets were also found by an additional sessions judge during an inspection of their wards in the jail. All these privileges would now be taken away and they would have to live like ordinary inmates, the court said on Thursday.

The apex court also hinted at CBI led probe against Unitech. “In the present state of affairs, the court is left with no other alternative but to hand over the investigation to the CBI,” it said.