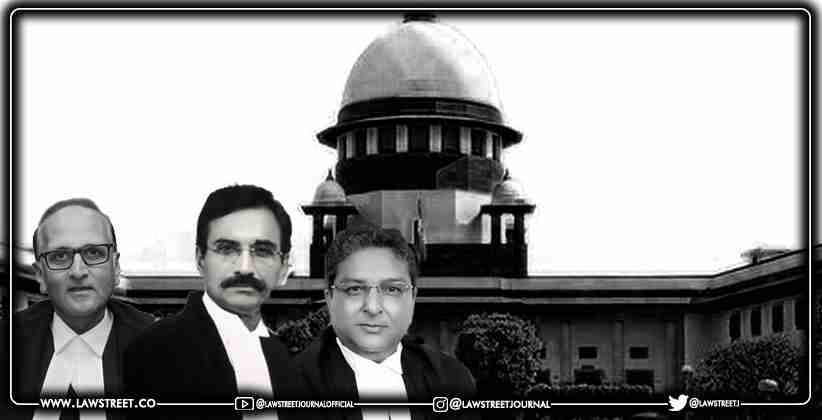 The Supreme Court has agreed to consider in open court review, pleas against its 2020 judgment which barred judicial officers from the post of district judges.

The matters were listed to be taken up after  vacation from Monday (May 24, 2021) by the three-judge bench of Justice L. Nageshwar Rao, Vineet Saran, and Ravindra Bhat.

The issue regarding whether Civil Judges can apply for direct recruitment for the post of District Judge through quotas reserved for the members of the Bar was considered by the Apex Court in Dheeraj Mor v. Hon’ble High Court of Delhi.

The three-judge bench of Justice Arun Mishra, Justice Vineet Saran, and Justice S. Ravindra Bhat, through its judgment dated February 19, 2020, held that “When someone joins a particular stream, i.e, judiciary by his own volition, he cannot sail in two boats. His chance to occupy the post of District Judge would be a two-fold channel, either in the 50% seniority/merit quota, or promotion, or the quota for limited competitive examination. There is a stream (of appointment) for in-service candidates of higher judiciary in the High Court and another stream clearly earmarked for the Bar.”

The case also involved a substantial question of law regarding the interpretation of Article 233. Article 233 of the Constitution provides that persons to be appointed as District Judges shall be so appointed by the Governor of that State in consultation with the High Court. It also provides that a person shall be eligible to be appointed as a District Judge if he has been, for not less than 7 years, an advocate.

In that regard, the Apex Court held that “Under Article 233, a judicial officer, regardless of her or his previous experience as an Advocate with seven years’ practice cannot apply, and compete for appointment to any vacancy in the post of District Judge, her or his chances to occupy that post would be through promotion, in accordance with Rules framed under Article 234 and proviso to Article 309 of the Constitution of India.”

Appearing on behalf of one of the review petitioners, Senior Advocate Jayant Bhushan, on Monday (May 24, 2021), raised a jurisdictional issue as a ground for review and stated that after the reference order of January 23, 2018, the matter should be heard by a five-judge bench and not by a three-judge bench.

Senior Counsel Jayant Bhushan believed that “These cases involve substantial questions of law as to the interpretation of Article 233 of the Constitution of India. Therefore, we are of the opinion that this matter should be placed before the Hon’ble Chief Justice of India for constituting an appropriate bench”.

The Senior Counsel relying on Article 145(3) of the Constitution submitted that the minimum number of Judges to sit for deciding any case involving substantial questions of law as to the interpretation of the Constitution shall be five. He further contended that if the civil judges, who have already practiced as advocates for 7 years, are allowed in the direct recruitment quota then they would compete with the fresh graduates and the quota for fresh graduates would go down.