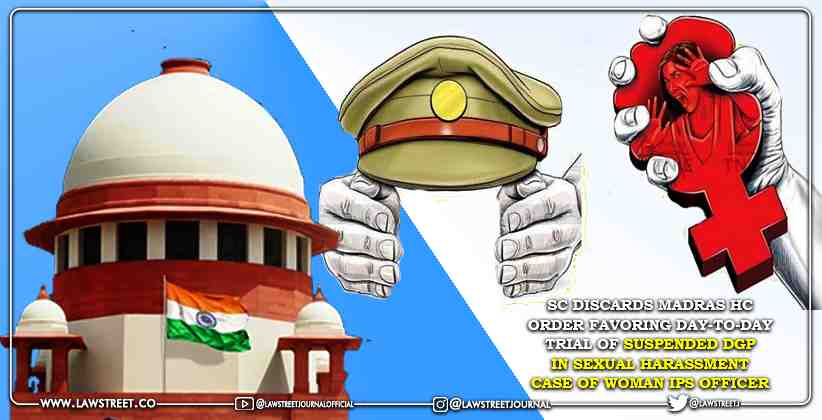 In a major victory for a suspended DGP-rank officer facing a sexual harassment case trial on the complaint of a serving female IPS officer, the Supreme Court has overturned a Madras high court order favouring day-to-day trial under its supervision.

A bench of Justice U U Lalit and Justice Ajay Rastogi said the charges (against the DGP) may be framed by the court concerned in accordance with law and not purely as a result of the directions issued by the high court, making it clear that the trial court in Villupuram could proceed as per law 'purely on its own merits without being influenced in any manner' by a series of orders passed by the high court.

The bench also allowed the DGP's side to withdraw his request to have the trial moved to another state.

The high court ordered day-to-day trial of the case on August 2, 2021, and directed the lower court to complete the trial in six months without any unnecessary adjournments.

Senior counsel Mukul Rohatgi, representing the DGP, argued that there was no reason or need for the high court to take suo motu cognizance and monitor the case's progress. Only because of the high court's orders did the investigating agency act with urgency and file the chargesheet as soon as possible.

The DGP was suspended as a result of the high court's orders, he said, adding that the officer's attempt to implicate himself in the case failed.

However, Dushyant Dave, senior counsel for the Tamil Nadu government, stated that the high court only monitored the investigation and did not direct it in any way.

According to him, the trial court took cognizance of the investigation based on materials presented to it, not on any directions from the Supreme Court. Dave, on the other hand, 'quickly' agreed that the crucial paragraphs (7&8) of the high court order might require 'appropriate correction.'