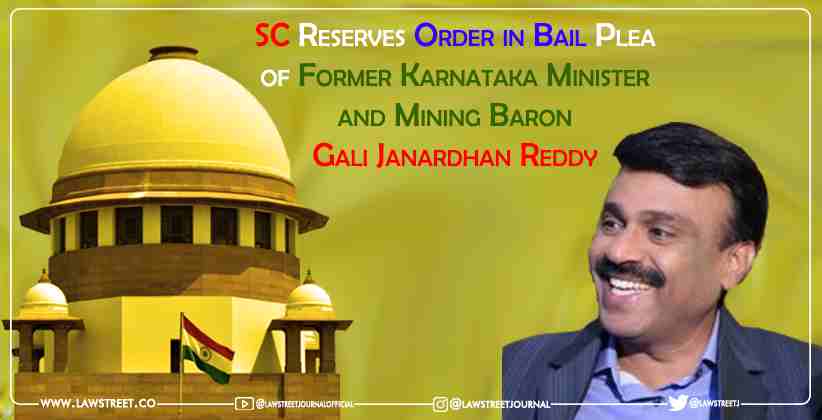 Before continuing to reserve the order in the event, a Bench led by Justice Ashok Bhushan heard arguments made by Senior Advocate Mukul Rohatgi on behalf of Reddy and ASG Madhavi Goradia Divan.  Divan read the Affidavit filed by the Central Bureau of Investigation to the Court and objected to Reddy's bail appeal. She said he was a powerful figure with a lot of influence.


This point was met with opposition from Rohatgi, who described it as a 'cock-and-bull tale' concocted with the support of 'Section 161' claims. "She is not permitted to enter. This is a long-term solution. The hearing has not yet begun. You can't have him locked up forever. If there are 15 defendants, each one has the freedom to do whatever they want ", Rohatgi said.

Divan also asked the Court to accept the Respondent's plea for expedited hearing, while Rohatgi said that the Respondents had taken 20 adjournments and that "if they can't meet the exigencies, they should give it up."
After hearing Counsel arguments, the Court reserved its decision in the case granting bail to Reddy. As a part of his bail conditions, Reddy was directed not to visit Bellary as well as Ananthapur and Kadapa in Andhra Pradesh. He was barred from Bellary as a condition for his release on bail in 2015.     [READ ORDER]