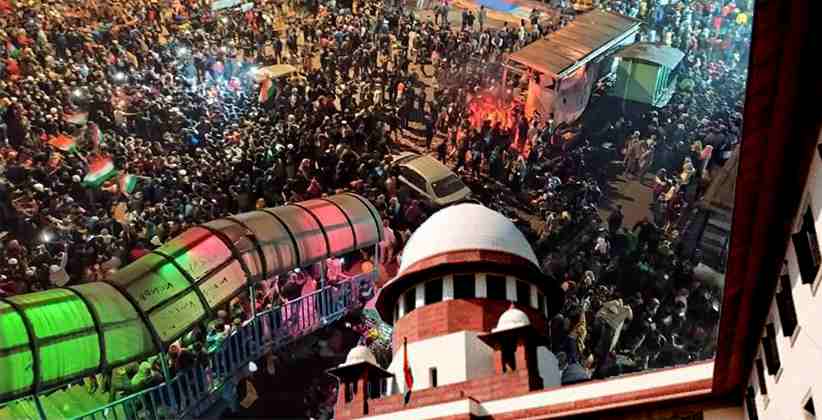 Judiciary Jan 20, 2020 Lawstreet News Network 146 Shares
146 Shares
The Supreme Court of India tomorrow (January 21, 2020) is set to hear a petition seeking the reopening of Kalindi Kunj-Shaheen Bagh in the interest of ease of conveyance for the general public. Advocate and activist Amit Sahni had moved the Supreme Court earlier on the issue of closure of the Kalindi Kunj road in Delhi on account of the ongoing protests at Shaheen Bagh against the controversial Citizenship Amendment Act, 2019. The protest at Shaheen Bagh has been going on for over 30 days leading to the blockage of the Kalindi Kunj road.

The protesters, across the streets includes women and children, who have occupied the road since December 15, 2019.  An advocate on Monday approached the Supreme Court against over a month-long protest and sit-in at Shaheen Bagh here against CAA, “causing huge inconvenience and hardship to the public at large”.

Lawyer Amit Sahani questioned the Delhi HC's order of January 14, 2020 directing the Delhi police to act in accordance with the law and keeping in mind the larger public interest aggrieved with the closure of the road between Kalindi Kunj and Shaheen Bagh for more than a month. Author: Kumar Aditya