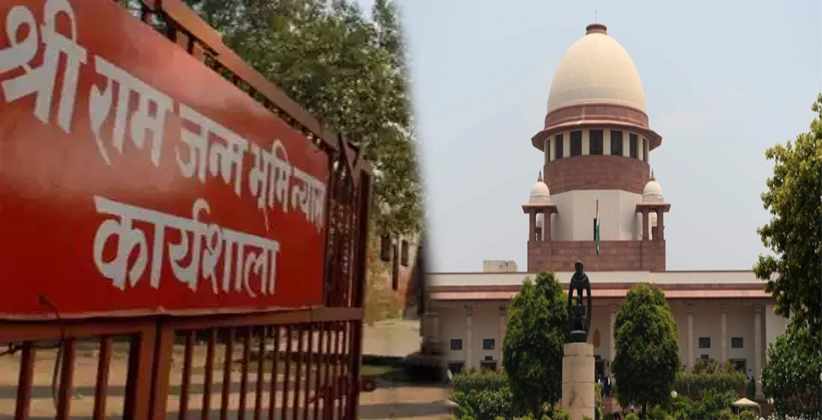 On Monday, 20th July 2020, the Supreme Court imposed a fine of Rs. 1 lakh on each of the petitioners while dismissing two PILs seeking protection and preservation of ancient remains and objects found while digging the land around Lord Ram's birthplace in Ayodhya during the temple's construction.

Miffed with the plea, the 3-judge Bench, comprising Justices Arun Mishra, BR Gavai, and Krishna Murari, viewed it as an attempt to stall the implementation of the Ayodhya land dispute verdict and consequently deemed it frivolous.

Senior advocate Menaka Guruswamy, on behalf of the petitioners, tried to argue that their prayer was solely to ensure that the Indian Archaeological Survey (ASI) could oversee the Powerleveling and digging at the site and seize any objects and antiques that could be found. Nevertheless, under Article 32 of the Constitution, Justice Mishra intervened to ask how such a petition had been brought before the Court.

Going on to dismiss the petition, Justice Mishra pulled up the petitioners and stated "stop filing such frivolous petitions! What do you mean by this? Are you saying that there is no Rule of Law and the Judgement of the Court (Ayodhya Verdict) will not be followed by anyone and no one will take action?"

For this request for ASI, the petitioners, scholars, and researchers of ancient caves and monuments, had moved the Top Court to carry out excavations of the site of the proposed Ram Temple Construction along with its adjacent areas so that ancient objects, antiques, and monuments could be retrieved and scientific work carried out in their study.

Although stressing the need to carry out excavation work, it is pointed out that the same was done in 2003 following directions from the Allahabad High Court, but no excavation was performed on the site of the construction of the Ram Temple.

The petitioners also averaged media reports suggesting that while removing debris in May, certain artefacts were found at the site, but not handed over to either the ASI or the central government. Instead, it is informed that these ancient remains, without any protection, were left at the site itself.

Thus, it was prayed that Centre, State Government, ASI, and other concerned authorities be directed "to acquire the ancient's remains, artefacts, antiquities, and monuments from Respondent No. 6 (Ram Janmabhoomi Teerth) which was found in the month of May 2020 at the time of levelling, digging and excavating the land of birth of place of Shri. Ram for construction of Ram Temple at Ayodhya, District Faizabad, State Uttar Pradesh and conserve and protect them as per Article 29(1) &49 of Constitution of India, 1950, and the provisions of The Ancient Monuments and Archaeological Sites and remains Act, 1958".

The petitioners also noted that the recovered objects were projected as remnants of Hindu culture and religion without any scientific study or examination being carried out on them.

"…the said artefacts and sculptures are the remains of ancient Indian culture and therefore those are required to be protected and scientific, archaeological research to their origin is required to be made", they urged.

In addition, it was alleged that under the supervision of the Director-General (DG), ASI, which is the competent authority for the protection and conservation of ancient sites and monuments, no digging and levelling activities were being carried out. In addition, the petitioners claimed that local authorities and competent ASI officers are also not present at the site while digging and levelling is being performed so that unrecovered artefacts and sculptures are not recovered.

To support their arguments, it was further pointed out that the chairman of the Centre for Dalit Studies Hyderabad, claimed that the remains mentioned above were closely linked to ancient Buddhist literature and culture. Reference was also made to a letter written by Samyak Vishwa Sangh 's secretary requesting that DG, ASI take artefacts and sculptures into custody and preserve them.

"It is also learnt that said ancient artefacts and monuments are under grave threats of being damaged and destroyed at the site. Therefore, the Petitioners being aggrieved by the said apprehension of loss of recovered ancient art effect are constrained to approach before this Hon'ble Court", they submitted.

It was further claimed that the petitioners made representations to the DG, ASI, and other authorities responsible for the security of these objects on this issue but did not receive a reply.

To reduce any thoughts of an attempt to stagnate the construction process, the petitioners expressly stated in their prayers that the Faizabad District Magistrate would be directed to record the entire digging and excavation process on video, "while constructing Shri. Ram Temple at Ayodhya, Faizabad District, Uttar Pradesh State."