"We have allowed the writ petitions," a bench headed by Justice RF Nariman said while pronouncing the verdict.

According to the RBI circular dated April 6, 2018, the entities regulated by the RBI are prohibited from "providing any service in relation to virtual currencies including those of transfer or receipt of money in accounts relating to the purchase or sale of virtual currencies".

Last year, the government committed, headed by then finance secretary Subhash Chandra Garg, suggested a hefty penalty up to Rs. 25 crore and imprisonment for up to 10 years for anyone who mines, holds or transfers or issues cryptocurrency. However, it asked the Centre to consider the launch of an official government-backed digital currency. The Centre, however, is yet to act on these suggestions. Regulated entities that were already providing such services were told to exit the relationship within three months.

Also Read - SC to give judgement in cryptocurrency case soon

Advocate Ashim Sood, appearing for IAMAI, submitted that Reserve Bank of India lacked jurisdiction to forbid dealings in cryptocurrencies. The blanket ban was based on an erroneous understanding that it was impossible to regulate cryptocurrencies, Sood submitted.

It was also argued that cryptocurrencies were not "currency" in the strict sense, and that they could be termed as a medium of exchange or a store of value.

Senior Advocate Shyam Divan, appearing for RBI, disagreed and said that it was a mode of digital payment, which the RBI had the power to control. He further added they can be a channel for money laundering and terror financing. Several news reports mentioned that real estate players and jewellers were reportedly among the majority of people who invested in virtual currencies. Worth mentioning here is that it is the anonymity of cryptocurrency, minted through computer algorithms, that has made them so popular but has also raised the risks. These are stored in digital wallets, in the cloud or on the user’s computers.

Bitcoin, the most valued cryptocurrency in the world, fell by 0.39 per cent at USD 8,815. The market cap of the virtual currency stood at around USD 161 billion. Bitcoin uses encryption and a blockchain database that enables the fast and anonymous transfer of funds outside a traditional centralised payment system. Bitcoin value is determined by open-market bidding on bitcoin exchanges, similar to the way that stock prices are determined by bidding on exchanges. 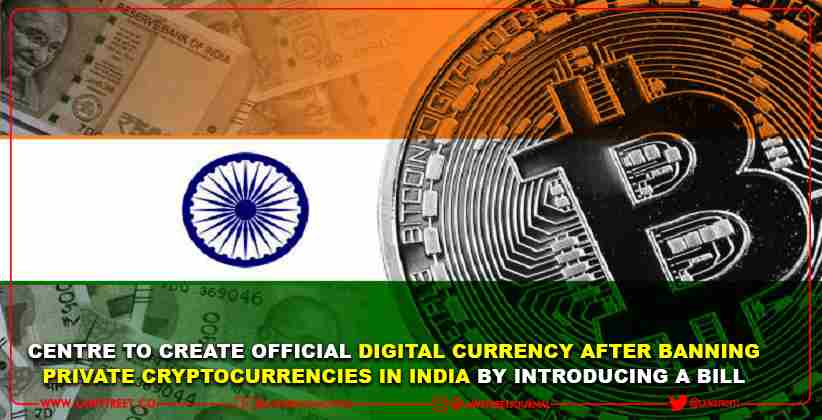 Executive Dec 03, 2021 ANUSHKA BHATNAGAR ( Editor: Ekta Joshi ) 24 Shares
24 Shares
In the upcomimg winter session of Parliament, the Central Government has proposed to introduce the Cryptocurrency and Regulation of Official Digital Currency Bill, 2021.PURPOSE OF THE BILL According to a Parliament bulletin, "The stated intent of the Bill is to create a facilitative framework for creation of the official digital currency to be issued by the Reserve Bank of India."As per the list of business, the Bill seeks to prohibit all private cryptocurrencies in India. However, it...
Read full post 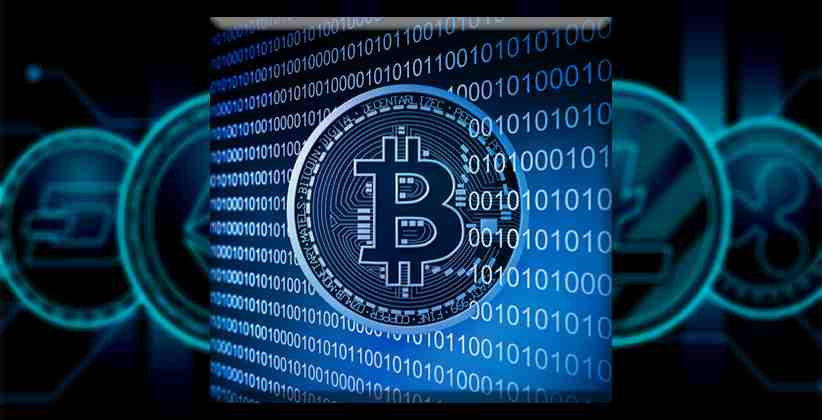 Judiciary Jan 28, 2020 Lawstreet News Network 5 Shares
5 Shares
Justice Rohinton F. Nariman hinted yesterday (27 January, 2020) that the Supreme Court is likely to give verdict on Reserve Bank of India (RBI) ban on banking services for cryptocurrency trade in two-three weeks. The case has been going on since 2017. He said so while adjourning a separate case seeking regulatory regime for cryptocurrencies.The RBI had in 2013 through a press release cautioned users of cryptocurrency. The RBI in 2017 again released a reminder cautioning users, holders and...
Read full post