Supreme Court: Refund Of Stamp Duty Cannot Be Denied On Ground Of Delay If Application Got Belated Due To Judicial Proceedings [READ JUDGEMENT] 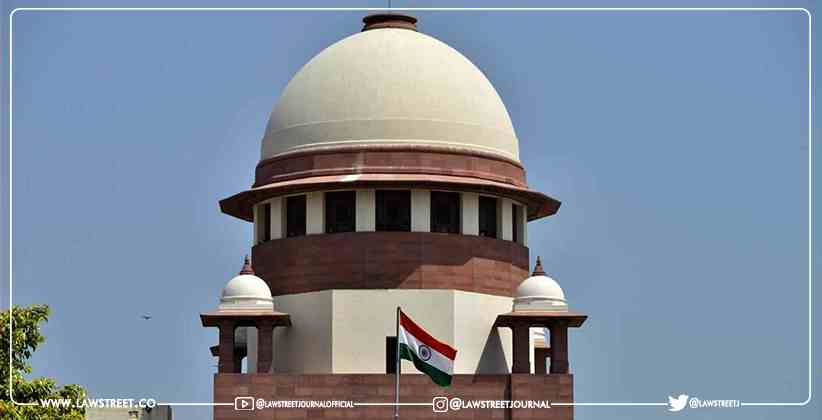 The Apex Court has ordered to refund stamp duty to a person on the grounds that the delay in making the application had happened as a result of the delay in deciding his consumer case before the National Consumer Disputes Redressal Commission while exercising its power under Article 142 of the Constitution.

The case was that the appellant had booked a residential apartment, but certain disputes arose soon with the builder leading to a consumer complaint. The appeal was allowed by the National Consumer Disputes Redressal Commission (NCDRC) by the order issued on 6th May 2016.

ORDER OF THE NCDRC

The NCDRC gave the consumer two options to either execute the agreement with the developer, in which event the developer would pay compensation in the amount of Rs 10 lakhs, or in the alternative if the appellant was not willing to execute an agreement, the developer was directed to refund the entire consideration together with interest at the rate of 12% p.a. from the date of receipt of each instalment until the date of refund along with compensation of Rs.10,00,000.

The appellant exercised the second option of obtaining a refund of the consideration at an interest rate of 12 % p.a.

In response to this, the developer who is the respondent issued the cheque on 11th July 2016 as per the norms of the NCDRC. After this, the appellant applied for a refund of the stamp duty to the Collector of Stamps which amounted to INR 8,44,500.

The communication was forwarded on 5th August 2016 by the collector of stamps to the Deputy Inspector General of Registration stating that the application should be denied as the application for refund was not made within six months as mandated by Section 48(3) of the Maharashtra Stamp Act 1958.

APPEAL BEFORE THE BOMBAY HIGH COURT

This order was challenged before the Bombay High Court and the High Court in its judgement upheld the order of the Deputy Inspector General of Registration that the application is rejected on the basis of the limitation which bars the refund of stamp duty if it is filed after a period of six months since the date when the e-stamp was purchased.

The Apex Court observed that the right to refund is a statutory creation as per the general rule of law. The Court further stated that A refund can be sought in terms envisaged by statute. As discussed above, the case of the appellant is not specifically barred by any substantive provision.”

Therefore, it was held that the principle underlying states that the court in the process of using its power under Article 142 of the Constitution shall not override the statutory provisions instead “must rather take note of the express statutory provisions and exercise its discretion with caution. Therefore, if a statute prescribes a limitation period, this Court must be slow to interfere with the delay under Article 142.”

OBSERVATION IN THE PRESENT CASE

In this instant case, the Supreme Court held that since the provisions of the statute do not cover the facts of the present case and therefore, the court used its powers under Article 142  to provide the appellants with complete justice.

The court stated that “We are of the view that since the delay in filing the application for refund in the instant case was due to the prolonged proceedings before the NCDRC, the application cannot be rejected on the ground of delay.”

This observation was made on the basis that the litigant has no control over the judicial delays. A rejection of the application for refund would violate equity, justice and fairness where the applicant is made to suffer the brunt of judicial delay, and therefore, it was concluded that the application of Article 142 is appropriate in this case.

The case of Mr.Rajeev Nowhar vs Chief Controlling Revenue Authority Maharashtra Case, Pune was analysed by the bench of Justices D.Y.Chandrachud and B.V.Nagaratha while giving these observations in the present case.

The judgement was made on the basis of Section 47 and 48 of the Maharashtra Stamp Act which states that Section 47 talks about the “allowances of spoiled stamps”, under this section in three cases the amount of the stamp would not be refunded-

The Court however rejected the application of the respondent that the plaintiff’s case would fall under the third part, which states that the stamp is unfit for the purpose.

INTERPRETATION OF THE COURT

SECTION 52 A OF THE MAHARASHTRA STAMP ACT

The judgement explains that S.52 deals with the provision of allowance in case of stamps that are not required for use due to the occurrence of any subsequent event that renders the purpose of the stamp void of nugatory. However, the judgement states that it would apply to only those cases where the applicant had knowledge of the fact the stamp would not be required after a period of 6 months

Furthermore, the judgement explains that S.52A cannot be treated as a residual cause by applying it to classes of cases that do not fall within the purview of any other provisions.

The bench also referred to the case of Committee-GFIL vs Libra Buildtech Private Limited and Others (2015) 16 SCC 31, in which a two-bench of the Supreme Court held that the six-months limitation period under S.50 of the Indian Stamp Act, 1899 must be read to mean six months from the date of the order of the Court in case the transaction which was court-monitored could not be fulfilled for reasons beyond the control of the action-purchasers.

The Bench allowed the appeals and set aside the impugned judgement of the Bombay High Court. It further held that the appellant would be entitled to interest at the rate of 6% per annum from 16 July 2016 until the date of refund.