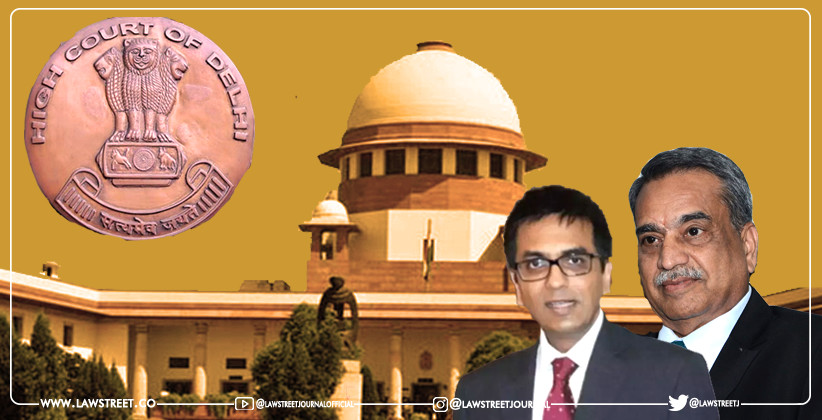 The matter was heard by the Bench comprising Justices DY Chandrachud and MR Shah. It stayed the bail of the accused as granted by the CMM along with directing the accused to surrender to Tihar Jail by March 22. On January 13, 2021, a status report was filed on behalf of the Delhi Police, Economic Offences Wing, along with an Interlocutory Application to stay the orders of Dr Pankaj Sharma, Chief Metropolitan Magistrate, Patiala House Courts, New Delhi.

The Bench observed, “ Prima facie, at this stage, we are of the view that the manner in which the accused were granted liberty by the Delhi High Court to move the Metropolitan Magistrate for the grant of bail and the order of the Metropolitan Magistrate are a shocking exercise of judicial power and a breach of judicial discipline", expressed the bench.

Along with this, the bench also went on to chide the accused for their attempt to "overreach the process of this Court" along with trying to sought and obtain an order of bail "to defeat the control which is being exercised by this Court". Background of the Case On July 31, 2015, an FIR was registered at the orders of home buyers of Unitech Limited. By an order dated August 9, 2017, the Sessions Judge had denied bail to the accused. Subsequently, their ball application was also rejected by the Delhi HC by an order dated August 11, 2017.  Then, on September 21, 2017, the Economic Offences Wing went on to file an FIR before CMM, Patiala House Courts under Sections 406, 420, and 409 read with 120B of the Indian Penal Code. They thereby filed Special Leave Petitions before the SC against the order of the Delhi HC. The accused were admitted to bail with respect to the condition of submission of Rs 750 crores in the Registry of this Court by December 31, 2017. Lately, two subsequent charge-sheets have been filed by the Economic Offences Wing as on August 30, 2018 and January 7, 2019.

Their bail applications were then considered on August 14, 2020. It was submitted that they had complied with the order dated October 30, 2017 for the grant of bail. However, the court observed two things, firstly, they had not adhered to the timeline of the order of the court for deposit by December 31, 2017. Secondly, the amount which was supposed to be submitted was done as a result of the monetisation of the assets of Unitech Limited under by a committee appointed by the court. The said committee was chaired by Justice Dhingra. After the observance of both these conditions, the court denied bail.

Along with this, the court also noted the report of a forensic audit dated December 18, 2019, following this, the court had issued directions to take over the management of Unitech by a Board which will be constituted by the Union of India. The said report laid down charges of money laundering and siphoning of funds to the locations offshore.  This rejection led to another bail application on August 14, 2020 which was moved before the Delhi HC by which the permission was pursued and granted for withdrawal of application with the liberty to approach the trial court “since the charge sheet has now been filed.” Presently, the Bench observed on Thursday (March 19, 2021):

The SC bench on Thursday, expressed its exasperation on grant of bail even after its order dates August, 2020. It observed, "That apart, the Court had adverted to the serious circumstances which had come on the record in the form of the report of the forensic auditors, M/s Grant Thornton which indicated money laundering and siphoning of company funds to offshore locations. These funds are the moneys paid by the home buyers.” The Bench also expressed its annoyance over recording plainly incorrect details and deviating from its findings in the order dated October 30, 2017. This was with reference to farce pertaining to depositing an amount exceeding Rs 750 crores with the Registry of the court by the accused when in real, this was not done. Therefore, these details contained in the order of the CMM dated January 13, 2021 are false.  The Bench expressed, "Prima facie, at this stage, we are of the view that the manner in which the accused were granted liberty by the Delhi High Court to move the Metropolitan Magistrate for the grant of bail and the order of the Metropolitan Magistrate are a shocking exercise of judicial power and a breach of judicial discipline ...In the teeth of the observations of this Court, we find that the conduct of the accused in moving an application for withdrawal before the Metropolitan Magistrate is an overreach of the jurisdiction of this Court.”\

The accused were represented by Senior Counsel, Mukul Rohatgi who went on to submit that the Special Leave Petitions before this court have their origin in the order of the Delhi HC declining to grant interim bail. Therefore, the accused are not precluded from applying for regular bail before the MM owing to the refusal of interim bail. He further submitted that the actual amount which has been submitted by the accused exceeds Rs 750 Crores even though there might have been a delay in depositing the same.

The Bench said, "Prima facie, at this stage, neither of the two submissions can be accepted. As regards the quantum of deposit, the order of this Court dated 14 August 2020 expressly directed that the deposit which was required in terms of the order dated 30 October 2017 was by the accused and that the amounts which were realized by the monetization of assets of the company could not be regarded as a deposit by the accused.” Apart from this, the Bench also went on to note how accused had themselves been moving the Apex Court for interim bail on medical grounds.  Lastly, the court said, "Though, this Court is seized of the entire dispute pertaining to the defaults by Unitech Limited and a Board of Management appointed by the Union of India has been placed in charge, several other steps have been taken including conducting a forensic audit and directing the agencies of the Union of India to investigate into all aspects of the matter. In this backdrop, it would be unacceptable for the accused, during the pendency of the proceeding before this Court to seek the liberty of the Delhi High Court and then move the Chief Metropolitan Magistrate and obtain an order of bail.”