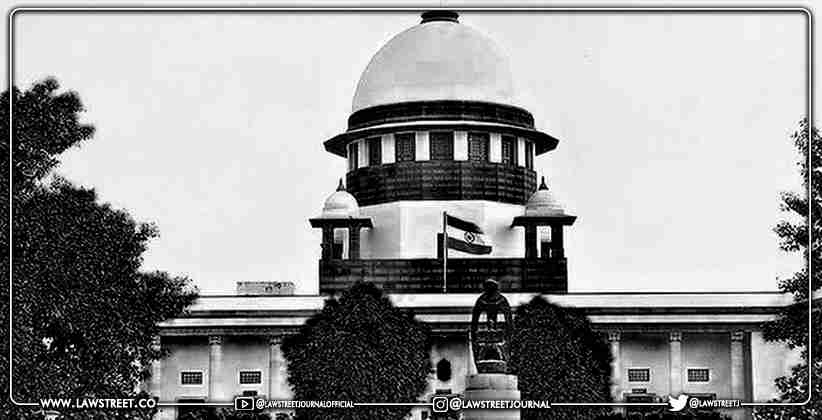 A bench of the top court, headed by Justice Uday Umesh Lalit, adjourned the matter after it was informed that Attorney General (AG) KK Venugopal and Solicitor General (SG) Tushar Mehta will need more time to file replies in the issue.

During the last hearing in the matter on May 1, the apex court had issued notice to the Union of India (UOI) and sought its detailed response by July 12 to take a decision on examining the constitutional validity of section 124-A of the IPC 1860.

The main writ petition, filed through advocate Tanima Kishore and drawn by advocate Siddharth Seem on behalf of the petitioner journalists Kishorechandra Wangkhemcha and Kanhaiya Lal Shukla, argues the impugned section clearly infringes the fundamental right under Article 19(1)(a) of the Constitution of India which guarantees that "all citizens shall have the right to freedom of speech and expression".

"The restriction imposed by the section is an unreasonable one, and therefore does not constitute a permissible restriction in terms of Article 19(2) of the Constitution. Hence this petition is filed to humbly pray that Section 124-A be declared unconstitutional and void by this Hon'ble Court and be struck out of the Indian Penal Code," said the plea.

The petitioners said the vagueness of Section 124-A exerts an unacceptable chilling effect on the democratic freedoms of individuals, who can't enjoy their legitimate democratic rights and freedom, against the backdrop of fear of life imprisonment.

Citing the top court decision upholding the validity of the law in 1962 in the case of Kedar Nath Singh v. State of Bihar, the plea argued that the court may have been correct in its finding nearly sixty years ago, but the law, which is obsolete in contemporary scenario, no longer passes constitutional muster today.

The petitioners claimed that they have been raising questions against their respective state governments and central government, and have been charged with sedition under Section 124A of IPC in various FIRs for comments and cartoons shared by them on social networking website Facebook.

"As outspoken and responsible journalists, they (petitioners) have been raising questions against their respective state governments as well as the Central government. They have been charged with sedition under Section 124A of IPC in various FIRs for comments and cartoons shared by them on the social networking website Facebook," added the plea.

The plea contended that the top court in Kedar Nath's case did not go far enough in reading down the section. "Retaining 'intention' and 'tendency' as basis for criminal liability means that these inherently subjective terms can be used (and abused) to penalise those who have not caused any violence or public disorder," it submitted.