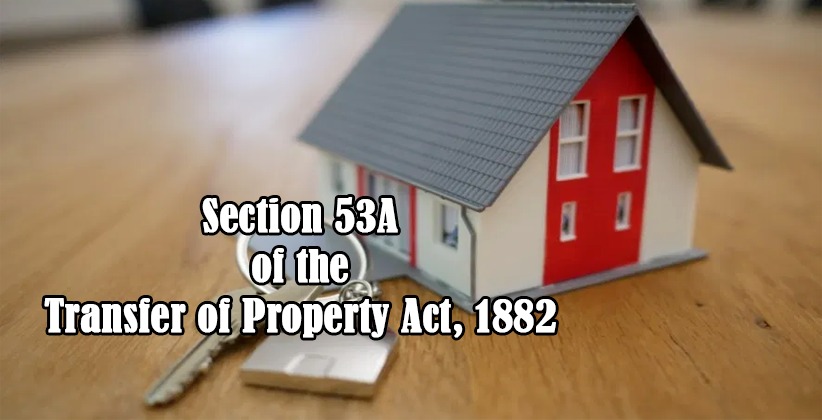 Judiciary Aug 19, 2020 Shreedhara Purohit ( Editor: Ekta Joshi ) 12 Shares
12 Shares
In a case where the land which belonged to Gaon Sabha Luhar Heri, Delhi. M/s. K.C. Sharma & Co. was acquired by the Government, the Gaon Sabha Luhar Heri, Delhi. M/s. K.C. Sharma & Co. claimed compensation on the ground that the Gaon Sabha had given this land to them on lease. They also added that land was granted on lease to them by the Gaon Sabha to remove the "shora" as the land was not fit for cultivation and to make the land fit for cultivation. The Civil Court, which heard the reference in this regard, held that KC Sharma & Co were entitled to compensation to the extent of 87%, and the remaining 13% is to be paid to the panchayat/Gaon Sabha. Later, a suit was filed by the Government seeking a declaration to the effect that this judgment and decree is obtained by playing fraud. The suit was decreed by the Trial Court which was later dismissed by the High Court.

In this case, the Supreme Court while agreeing with the High Court view observed that "It is fairly well settled that fraud has to be pleaded and proved. More so, when judgment and decree passed earlier by the competent court is questioned, it is necessary to plead alleged fraud by necessary particulars and the same has to be proved by cogent evidence. There cannot be any inference contrary to the record. As the evidence on record discloses that fraud, as pleaded, was not established, in absence of any necessary pleading giving particulars of fraud, we are of the view that no case is made out to interfere with the well-reasoned judgment of the High Court." Further, the Supreme Court also observed that protection under Section 53A of the Transfer of Property Act, 1882 is available to a person who is put in possession pursuant to an agreement of lease in his favor though no lease has been executed and registered.

The appellant argued on the point that any lease deed executed by the Gram Panchayat in favor of the respondents is absent, at best it can be treated as a license for removal of "shora" only and the same cannot be treated as a lease. In this regard, the bench comprising Justices Ashok Bhushan, R. Subhash Reddy and MR Shah noted that Section 53A of Transfer of Property Act which deals with doctrine of part performance, which reads as follows: "Where any person contracts to transfer for consideration any immoveable property by writing signed by him or on his behalf from which the terms necessary to constitute the transfer can be ascertained with reasonable certainty, and the transferee has, in part performance of the contract, taken possession of the property or any part thereof, or the transferee, being already in possession, continues in possession in part performance of the contract and has done some act in furtherance of the contract, and the transferee has performed or is willing to perform his part of the contract, then, notwithstanding that where there is an instrument of transfer, that the transfer has not been completed in the manner prescribed therefor by the law for the time being in force, the transferor or any person claiming under him shall be debarred from enforcing against the transferee and persons claiming under him any right in respect of the property of which the transferee has taken or continued in possession, other than a right expressly provided by the terms of the contract: Provided that nothing in this section shall affect the rights of a transferee for consideration who has no notice of the contract or of the part performance thereof."  While the appeal was set aside, the Bench observed that "It is clearly held by this Court that defense under Section 53A of the Transfer of Property Act, 1882 is available to a person who has the agreement of lease in his favor though no lease has been executed and registered. A similar proposition is also approved in the judgment of this Court in the case of Hamzabi wherein this Court has held that Section 53A of the Transfer of Property Act, 1882 protects the possession of persons who have acted on a contract of sale but in whose favor no valid sale deed is executed or registered. As it is clear that respondents were put in possession and the Panchayat has acted upon their proposal for grant of lease said case law supports the case of the respondents."

Judiciary Sep 19, 2020 Neha Bharti ( Editor: Ekta Joshi ) 80 Shares
80 Shares
The Supreme Court has observed that the penalty of 10 times prescribed under section 40 (1)(b) of the Indian Stamp Act cannot be mechanically imposed. The three-judge bench of the Supreme Court comprising of Justice Ashok Bhushan, M R Shah, and R. Subhash Reddy observes that the reason for the tenth time prescribed penalty is fraud or deceit in order to deprive or undue enrichment to arrive at a decision under Section 40 (1)(b). According to Section 40 (1) (b) of the Indian Stamp Act, 1899...
Read full post