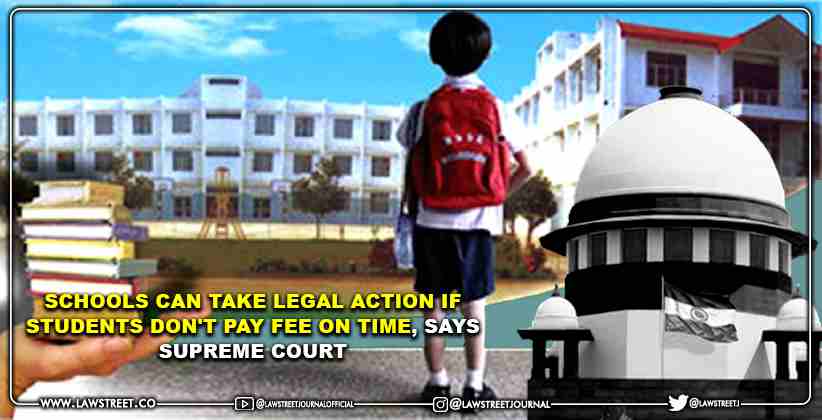 The Supreme Court has clarified that School managements can take legal action if students do not pay the fee installments on time.

On May 3, 2021, the court had held that States cannot impinge on the autonomy of private unaided schools to fix and collect “just” and “permissible” school fees from parents, especially in the name of the pandemic.

The May verdict had come in a series of appeals filed by private unaided schools in Rajasthan against government notifications to defer/reduce school fees due to aftermath of pandemic (lockdown) from March 2020.

Some parents had refused to pay despite the judgment nearly five months ago. School managements, represented by advocate Romy Chacko, had moved the apex court again.

Clarifying, a Bench led by Justice A.M. Khanwilkar recently ordered that the court’s judgment in May “does not prohibit the schools from taking coercive action against the students who have failed to pay the instalments as per the arrangement predicated in the judgment”.

While noting that it was up to schools to initiate action for willful defaults in fee payment, the court said indulgence should also be shown to parents with genuine reasons.

The court reiterated, “If any individual request is made by the parent/ward finding it difficult to remit annual fees for the academic year 2020-2021 in terms of the judgment, the school management has to consider such representation on case-to-case basis sympathetically.”