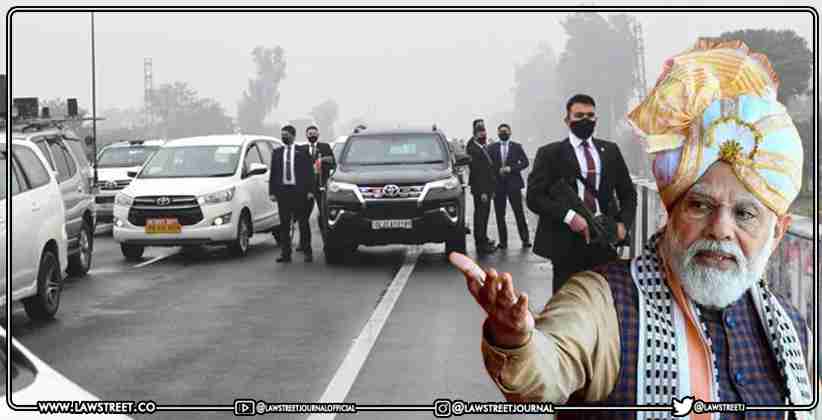 Mr. Singh said the records of bandobust, security arrangements by State government for the convoy's safety should be handed over to the District Judge, Bathinda. People responsible for the lapse should be taken into custody. Such an incident should never be repeated

CJI asks Mr. Singh to serve a copy to the State govt and indicates the case may be listed tomorrow

Sr adv Maninder Singh mentions a petition before SC seeking thorough probe into the security breach in stalling of PM's cavalcade at Bathinda in Punjab and seeks a direction to Bathinda District Judge to take possession of all evidence relating to police bandobast for PM visit.

SC bench of CJI N V Ramana, Justices Surya Kant and Hima Kohli asked Singh to serve a copy of the petition on Punjab government and posted it for hearing on Friday.

Singh said that it was a serious lapse on the part of the Punjab government to allow PM's cavalcade to be stranded on the road causing unacceptable security breach, which should be probed throughly under the SC supervision given the political situation in the state.

The CJI-led bench asked Singh - What are you expecting from the court and whether the alleged security lapse happened in Bathinda or Ferozepur?

Singh said the PM was scheduled to address a meeting in Ferozepur but the security lapse happened in Bathinda. "Given the situation in Punjab, there should be a fair probe into the lapse and accountability fixed so that such a situation does not arise again in future," he said.

The petition by Lawyers Voice said the security lapse was clearly intentional and raises a serious question as to national security and the role played by the present political dispensation in Punjab.

Considering present situation in Punjab, highest standards of security arrangements was imperative for PM. As per protocol, car for chief secretary or DGP is mandated to join PM's motorcade. However, neither CS nor DGP or their representative joined PM's motorcade, PIL said.

Property Registration will be 20% Cheaper till June 2022