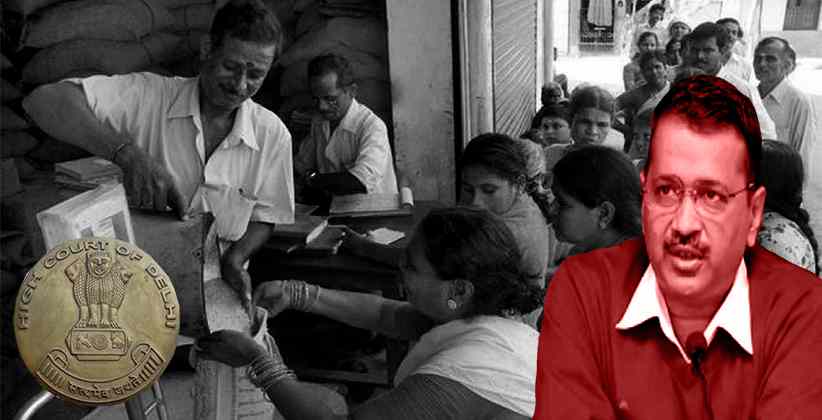 Judiciary Apr 30, 2020 Ishita Joshi ( ) 3 Shares
3 Shares
Delhi High Court on Monday, 27 April 2020 directed the State Government to simplify the distribution of ration to the less privileged sections of the society. Earlier, this was carried out by showing ration cards at fair price shops and obtaining the required items. However, with the lockdown rules in place, the process of disbursement of ration has become a bit cumbersome. Due to the unavailability of essential food supplies amid lockdown, the general public is left suffering. This issue was highlighted to the Delhi High Court by a Non- Government Organization - Nayee Soch Society by way of plea filing. The plea mentioned the need for fair access to ration even to those who do not have the required ration cards at present.

Ration Cards are a common form of identification for many people. It is the official document issued by the government to households that are eligible to purchase subsidized food grains from the Public Distribution System. All-State Governments of India are required to identify these households and provide them with Ration Cards under the National Food Security Act, 2013 (also known as Right to Food Act), a mechanism that aims to provide subsidized food grains to those who cannot afford them at the equilibrium market price. The parameters of identification and classification of these households are determined by each of the state governments respectively.  Coronavirus has caused havoc in not only India but the whole world. The total number of coronavirus positive cases in Delhi rose to 3,108. A total of 877 patients have recovered while 54 patients have succumbed to death. Following the surge in positive Covid-19 cases, the central government imposed a nationwide lockdown by evoking the provisions of the Epidemic Diseases Act, 1897 which provides for the prevention of the spread of dangerous epidemic diseases. In addition to this, the government has also taken reliance on the Disaster Management Act, 2005 which provides the administrative framework to take measures to deal with a disaster, meaning a catastrophe, mishap, calamity or grave occurrence in any area, arising from natural or man-made causes, or by accident or negligence which results in substantial loss of life or human suffering or damage to property or environment and is of such a magnitude as to be beyond the coping capacity of the community of the affected area. At the state level, the Government of Delhi along with the Health and Family welfare department has issued the Delhi Epidemic Diseases, COVID-19 regulations, 2020. This regulation is brought in place in the exercise of powers conferred upon the government under the Epidemic Diseases Act, 1897.

In response to the plea by NGO Nayee Soch Society, Delhi High Court directed the Aam Aadmi Party to relax the procedures for obtaining ration at fair price shops. The division bench consisting of Chief Justice D N Patel and Justice Hari Shankar directed the authorities to notify and inform all the fair shop owners about changes, if any, in the policy decisions carried out for simplifying the rules to procure ration. The Court has directed the Government to provide ration to the needy on the production of Aadhar cards or Voter ID cards.