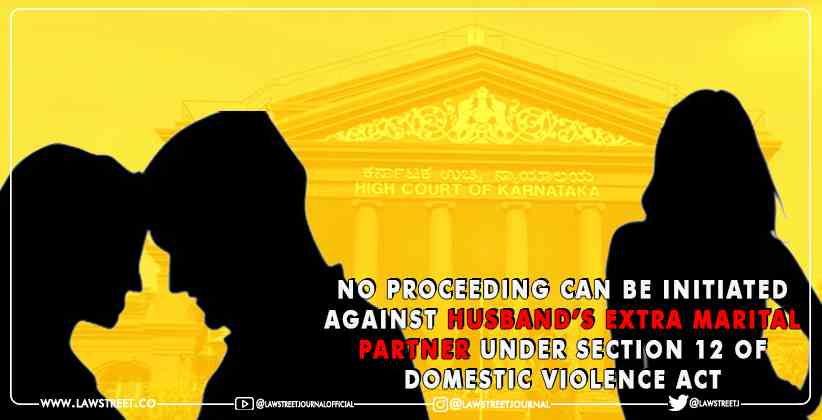 A single bench of the Karnataka High Court of Justice Sreenivas Harish Kumar has held that husband’s extra- marital partner cannot be made a respondent under proceedings initiated by the wife under Section 12 Domestic Violence Act, 2005.

The petitioner, represented by Advocate M.H. Prakash, submitted that the he has been unnecessarily made a party by the wife in her application before the Magistrate under Section 12 of the Protection for Women from Domestic Violence Act, 2005.

The petition further submitted that husband’s extra-marital partner does not fall within the meaning of respondent under Section 2(q) of the Act and therefore, no proceeding can be initiated against her under Section 12 of the Domestic Violence Act, 2005.

Advocate M.H. Prakash further contended that the relief claimed in the application made under Section 12 of the Act does not claim relief against the petitioner and therefore, the proceedings against her required to be quashed.

The Court found that under Section 2(q) of the Domestic Violence Act, 2005, ‘respondent’ means any adult male person who is, or has been, in a domestic relationship with the aggrieved person and against whom the aggrieved person has sought any relief under this Act and therefore, the woman with whom the husband was allegedly having an affair will not come within the meaning of the word, ‘respondent’.