Statutory Right Of Maintenance U/S 125 CrPC Cannot Be Bartered By Entering Into An agreement Contrary To It: Bombay HC [Read Judgment] 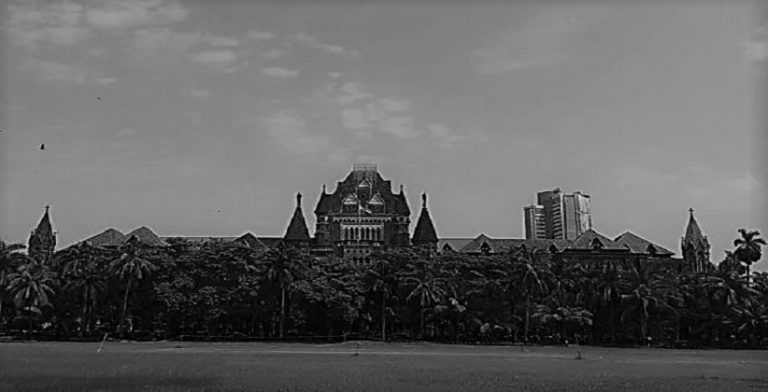 The Bombay High Court on December 21, 2018, in the case of Ramchandra Laxman Kamble v. Shobha Ramchandra Kamble And Anr. has held that the statutory right of a wife of maintenance cannot be bartered, done away with or negatived by the husband by setting up an agreement to the contrary.

Justice M.S. Sonak was hearing a writ petition filed by one Ramchand Kamble. In the petition, Kamble challenged two orders, one passed by the Judicial Magistrate, First Class and another passed by Additional Sessions Judge. Both the orders had rejected the petitioner’s contention that respondent wife’s application seeking maintenance under Section 125 of the Criminal Procedural Code, 1973, be dismissed since she had specifically waived her right to claim for any maintenance.

Submissions made by the Petitioner

Advocate Sandeep Koregave, counsel for the petitioner submitted before the court that in the lok adalat proceedings, the petitioner and the respondent wife came to an agreement not to claim any maintenance from each other. Based upon the consent pursis, Civil Judge, Senior Division of Sangli made a decree for divorce by incorporating the said agreement.

However, the respondent-wife made false allegations that her consent was obtained by fraud and on such basis, she then filed an appeal before the District Court to set aside the consent decree. This appeal was dismissed as not maintainable in view of the provisions in Section 96(3) of the Civil Procedure Code, 1908. Against such dismissal, the respondent-wife filed a writ petition which was also dismissed by the Bombay High Court by an order dated October 15, 2012. However, the court granted liberty to the respondent-wife to take out proceedings before the Civil Judge, Senior Division at Sangli, to seek recall of the consent decree. Thus, Koregave argued that such application seeking maintenance under Section 125 of CrPC needs to be dismissed or stayed until Civil Judge, Senior Division at Sangli, decides whether the consent decree is liable to be recalled or set aside.

Submissions made by the Respondent

Advocate Nagesh Chavan, counsel for the respondent-wife submitted before the court that the consent decree was a result of fraud and that the respondent has already taken out proceedings before the Civil Judge, Senior Division at Sangli for recall of the same.

However, irrespective of the pending application and the so-called consent decree that was obtained fraudulently, any agreement for waiver to receive maintenance is void since it is opposed to public policy. He submitted that there can be no agreement in derogation of the provisions of Section 125 of CrPC, since such provisions have been designed as a matter of public policy to protect against destitution and vagrancy.

Chavan relied upon several decisions to point out that even assuming that right to claim maintenance was voluntarily given up by the wife, that by itself does not bar the wife from seeking maintenance, provided the circumstances prescribed in Section 125 of CrPC stands fulfilled.

To the same effect are the observations of a learned Single Judge of Allahabad High Court in Mahesh Chandra Dwivedi v. State of UP & Anr.

In Rajesh R. Nair v. Meera Babu, a Division Bench of Kerala High Court has held that an agreement, by which the wife waived her right to claim maintenance, would be a void agreement as against public policy. Such an agreement would amount to ousting of jurisdiction of Magistrate and Family Court to entertain maintenance claim, which cannot be permitted by law. Therefore, the claim for maintenance cannot be rejected on the basis of such agreement of waiver of right to maintenance.

Taking into consideration the above submissions, Justice Sonak observed:

“The statutory liability under Section 125 is, therefore, distinct from the liability under any other law. Therefore, the statutory right of a wife of a maintenance cannot be bartered, done away with or negatived by the husband by setting up an agreement to the contrary. Such an agreement in addition to it being against public policy would also be against the clear intendment of this provision. Therefore, giving effect to an agreement, which overrides this provision of law, that is, Section 125 of CrPC would tantamount to not only giving recognition to something, which is opposed to public policy, but would also amount to negation of it. The law makes a clear distinction between a void and illegal agreement and void but legal agreement.”

Thus, the court dismissed the petition and directed the Judicial Magistrate to dispose of application of Respondent-wife for maintenance in accordance with law and on its own merits as expeditiously as possible.