'Are you willing to put student’s lives in danger?' Supreme Court warns the government of Andhra Pradesh not to hold Class XII exams in the face of COVID 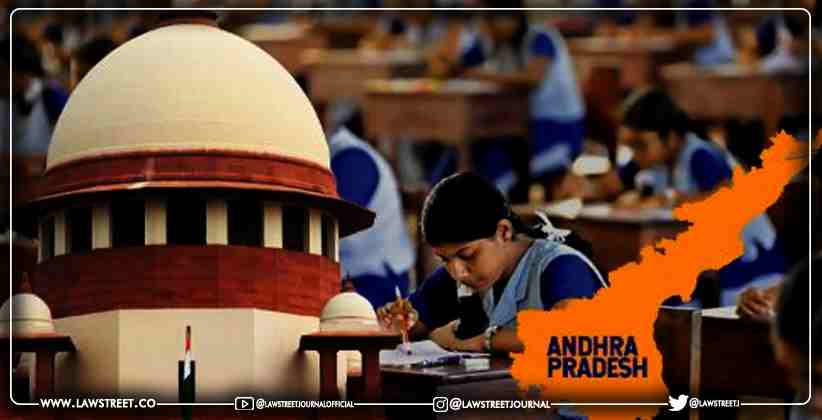 The Court also ordered the state boards to release the results of their internal assessments by July 31. "We've issued a General Order to all boards. We direct the Boards to formulate and notify schemes within 10 days of June 24th, 2021 and to announce internal assessment results by July 31st, as specified for CBSE and ICSE ", a vacation bench of Justices AM Khanwilkar and Dinesh Maheshwari ruled.

The Supreme Court also stated that a uniform assessment scheme for all state boards was not possible. "We will not implement a uniform scheme. Each board is unique and self-contained. We cannot impose a unified scheme across India ", the bench remarked.

To this effect, on Thursday (June 24th, 2021), the Supreme Court grilled the Andhra Pradesh government over its decision to hold physical exams for Class 12 students in the last week of July.

The vacation bench comprised of Justices AM Khanwilkar and Dinesh Maheshwari expressed dissatisfaction with the state government's affidavit stating that COVID safety protocols will be followed by ensuring that only 15 students are present in a hall.

With nearly 5 lakh students expected to take the exams, the bench determined that at least 30,000 exam halls with 15 students per hall were required. The bench inquired of Advocate Mahfooz Nazki, counsel for the State Government, whether the state had devised any "concrete formula" to ensure the availability of so many exam halls.

The bench also observed that the State Government was creating uncertainty for students by not establishing a specific timetable for exams and results. "You can't keep things like this up indefinitely, can you? You must provide at least 15 days' notice. When are you going to complete this task? "Justice Dinesh Maheshwari inquired.

Why not cancel exams if other state boards have already done so?

According to Justice Khanwilkar, "Other state boards have cancelled the exams in light of the ground realities. It has been cancelled by the other boards. There is no reason why this board cannot follow it simply to demonstrate its uniqueness. Are you willing to jeopardise the students' safety? Why not make a decision right now?"

"There can't be any doubt when it comes to announcing results. We'll ask the UGC to set an admissions cut-off. Your board's failure to administer tests cannot be used as a reason to delay admissions in your state. Other students will be accepted, while your state board students will be left behind." The court further stated that if anyone dies as a result of COVID, the state will be held liable. "And you will be held liable if there is any death," the bench warned. "We will not allow you to conduct examinations unless we are certain you are prepared to do so without risking your life," the bench stated.

Is there a backup plan in place?

The state counsel was also asked if there is a "contingency strategy" in place if the pandemic scenario worsened during the intended examinations. "What is the back-up plan? What is the backup plan if things don't go as planned in the middle? ", said Justice Dinesh Maheshwari. The bench stated that the government must have a "360-degree" view of the situation and be prepared to deal with any eventuality.

In view of the court's findings, the state counsel has been asked to seek directions from the state government on the conduct of tests. The case will be heard again at 2 p.m. on June 25th, 2021 i.e. tomorrow. The state's counsel has been instructed to present the court the file recordings pertaining to the judgement.