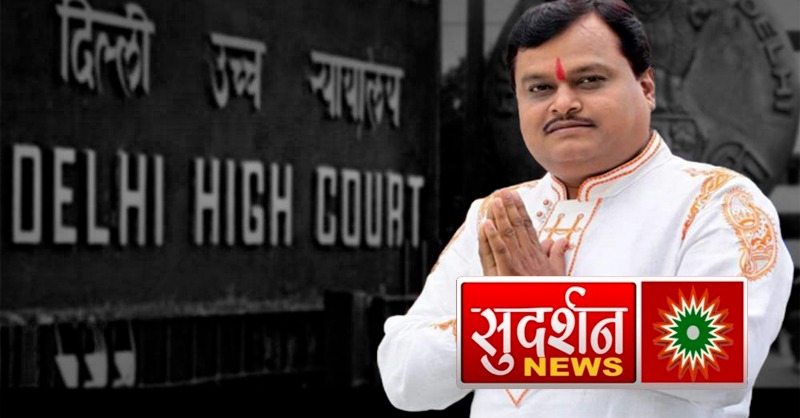 Prima facie observation has been made by the Delhi High Court of the clip of a controversial show proposed to be telecasted by Sudarshan News TV about ‘Muslim infiltration’ and civil services are in violation of the program code. After the viewing of the 49-second trailer clip of the proposed show, which was not disputed by the channel and its editor-in-chief Mr. Suresh Chavhanke, the bench of Justice Navin Chawla observed that prima facie, I find the same to be in violation of the program set out under the Cable television networks act, 1995.

The Court also noted that section 5 of the act prohibits any person from transmitting or retransmitting, through a cable service, any program which is not in conformity with the prescribed program code.

A group of former and present students of Jamia Milia Islamia University contended that the program violated Rule 6 of the Programme Code which states that no program should be carried in the cable service which ;

Justice Chawla said that the Central Government already issued a notice to the channel and its anchor on the grounds of complaints that the show was telecasted in violation of the program code. The petition disposes of the following directions, firstly, Sudarshan News TV and Mr. Chavhanke should submit their replies to the notices by September 1. Secondly, the Ministry of Information and Broadcasting should decide on its notice within 48 hours of the receipt of the reply from the channel and the anchor, after giving them an opportunity of being heard. Thirdly, the central government should make the decision that should be uninfluenced by any observation made by the Court. Fourthly,  either party shall be entitled to challenge the order passed by the central government, if aggrieved in accordance with the law. And lastly, it was said that the last decision is taken by the central government respondent 3 and 4 shall not telecast the program ‘BindasBol’ that was scheduled to be transmitted and telecasted on August 28 at 8 PM.

Justice Chawla acknowledged while passing directions that the Supreme Court had declined to stay the telecast of the show in a similar petition filed by another petitioner. Central government counsel informs High Court that a notice had been served on the channel and the anchor by the Union Ministry based on the complaints against the proposed show.

On Saturday at 7 PM the High Court disposed of the petition after a special sitting was held when the channel moved an application seeking vacation of the stay, citing the order passed by the Supreme Court declining to stay the telecast. Mr. Suresh Chavhanke was criticized by many IAS and IPS associations when a 49-second video was telecasted on 28 August at 8 PM with a hashtag #UPSCJIHAD which is about the communalisation of the entry of Muslims into All India Civil Services.

Yesterday a group of former and present students of Jamia Millia Islamia University approached the Delhi High Court seeking a stay on the telecast on the ground that it violated the program code under the Cable TV Act. Advocate ShadanFarasat, the petitioner’s counsel, played the clip before the court and submitted that the show claims the success of Jamia Millia Islamia students in the civil services examination 2020 which represents a conspiracy to infiltrate the civil service by Muslims.

Supreme Court said that “the prima facie, the petition raises significant issues bearing on the protection of constitutional rights. Consistent with the fundamental right to free speech and expression, the court will need to foster a considered debate on the setting up of standards of self-regulation. Together with free speech, there are the constitutional values that need to be balanced and preserved including the fundamental right to equality and fair treatment for every segment of citizens”.