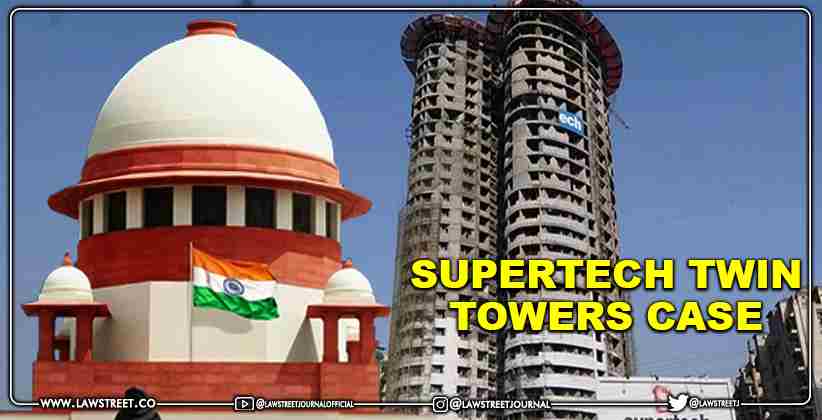 On October 2, 2021, the Supreme Court denied Supertech's application to save one of the two 40-story towers in its Emerald Court project in Noida, which had been ordered to be demolished due to grave violations.

On August 31, a Supreme Court bench led by Justice Dhananjaya Y Chandrachud issued an order to demolish the towers in Noida's Sector 93A. The top court stated in its order that it was the result of “nefarious complicity” between Noida Authority and the real estate developer.

The court also ordered Supertech to refund money to all existing home buyers in Emerald Court's Apex and Ceyane towers within two months, plus interest at the rate of 12% per year from the date of their deposits.

Supertech later petitioned the Supreme Court to halt the demolition, claiming that it has an alternative plan that could save several crores of rupees and be “beneficial to the environment.”

The Uttar Pradesh government formed a special investigation team (SIT) two days after the Supreme Court issued the demolition order, which found 26 Noida Authority officials guilty in the case. Twenty of them have retired, two have died, and four are still serving.

The state government suspended three officials on Sunday, according to a SIT report. It also ordered that a FIR be filed with the state vigilance commission against these officials, Supertech Limited's four directors and two architects.

According to the SIT report, Supertech encroached on a "green belt" that was part of the layout plan, measuring 7,000 square metres as "land plots," for which a departmental investigation against Noida Authority officials is already underway.

Residents of the housing project filed a lawsuit alleging that their consent was not obtained for the twin towers, which were being built in violation of regulations.

The Allahabad High Court ordered the twin towers' demolition in 2014, which the Supreme Court upheld this year.